BULLS HEAD BOB Nov 2020. SPENCER DAVIS. LICORICE LOCKING. How to get what you want for Christmas. TASCAM DP24 SD.

Well we continue to be in the grip of this Covid thing but I'm not going to linger on that subject because it serves no purpose.    Mrs Bob and I have repainted the house, the garden is immaculate and now we are on the run up to Christmas to cheer us up.  You gotta do what you gotta do whilst you're alive and be wise to be alive longer.

It has been a pretty disastrous end to October, the great Spencer Davis hung up his Stratocaster and departed the world at 81 years of age. 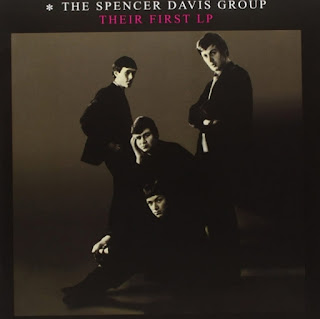 Although I saw the band a few times, I met him only once in 1964 but I was 15 and he was a full 10 years older than I and a teacher!! it wasn't the done thing then to speak much to proper adults.  The Spencer Davis group were the best band by far of any group operating in Birmingham and the West Midlands at any given time, there was just no contest and Spencer Davis was their creator and mentor.  The groups success lacked one thing though, money.  Their Royalties had been siphoned off by manager Chris Blackwell.    With the departure of Steve Winwood to Traffic the Spencer Davis group continued but it was a downhill slide from their previous level of stardom.  In the later years Spencer came out of retirement and hit the stage again but it was never the same, playing mostly for those who wished to remember the 60's but he was the person that saw the potential of those individuals and bought them together to play the music he adored and Steve Winwood was the icing on the cake. 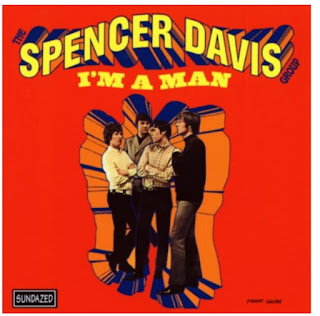 I have featured them throughout the lifetime of this blog and really can't add anymore than I have already written so, if I may,  I would like to redirect you to the special I wrote on them rather than repeat myself.  Click here SPENCER DAVIS GROUP............."what a great read Bob" I can hear you say to yourself, "thanks" said I.

He was Welsh but was the leader of the best live Blues R/B band to exist in Birmingham and probably the whole of the UK at the time.  It was a real privilege to see loads of great bands in those small Birmingham venues but this group blew me away, and every other band too!!!!!! 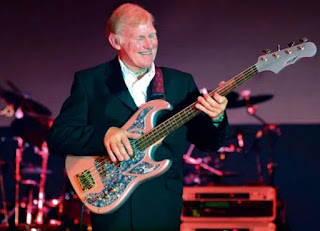 Us early Brumbeaters were brought up listening to The Shadows and learned by copying, note-for-note, the music they played.  Jet Harris was their most famous Bassist having been the initial member of the band and I think the public think of any replacement as second class to the original which is wierd.  However Locking had as good a pedigree as Harris having been the bassist with Marty Wilde and The Wildcats and was a regular at the famous 2i's.  He was a multi instrumentalist and got his nickname playing the clarinet.   He was recommended to the band by Brian Bennett who had just replaced Tony Meehan on Drums.

He was in The Shadows for one year and during that time made the film of Summer Holiday, Cliff and The Shads biggest film.  Always had a smile on his face he was the complete antithesis of the guy he replaced and was a committed christian.  He was replaced by Birminghams own John Rostill who became their longest serving bassist.

Because we have been staying inside since March, we have been able to save up some dosh that we would have spent socially so I said to Mrs Bob,  "Darling, how slim you look in that dress, is it new? Well you make it look new! I would like to buy you a nice new dress for Christmas!! and she said "Oh Mr Bob you have'nt lost your romantic touch, thankyou!!" and gave me the sort of look that could only end up in some physical contortions.  3.5 minutes later, oh alright 2.5 and feeling slightly out of breath she said "I want to buy you a nice big present too!!......"Well if you really want to...pause...smile and ACTION.... "I'd really like a new 24 multi-track digital recorder but thats out of reach so I'll write to Santa as usual Ho ho ho."

After lunch whilst sipping a nice glass of port, we wrote together, a letter to Santa asking for a new recording device and where it might be obtainable from and then how we laughed as we stuck it up the chimney. 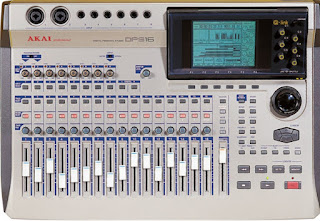 now beginning to show its age with a sticking fader and a couple of other minor irritating problems so before it starts to conk out completely a replacement is necessary and instead of taking the normal computer interface-thing route, I have continued to opt for "something a little more comfortable", which is essential if you are a hands-on fader freak like me!   I sent Santa (Mrs Bob) that note 2 months ago saying I specifically wanted a.........

This machine is 5 star rated and is now the best of its kind on the market, the main step up in tech terms, is the ability to record direct to a digital 32G card in place of a CD-RW which saves a lot of storage space both digitally and physically, no more racks of CD's with bits of compositions on waiting for a second spark of inspiration. 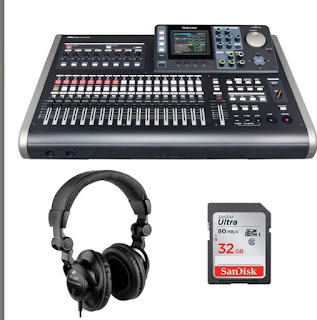 It is almost a copy of the AKAI in that the controls are practically the same for recording but now it is bang up to date technically and its extensive 24 track recording abilities, along with its impressive inbuilt effects suite has everything you could want for in a dedicated, stand alone, recording package.  I think of it as an analogue recorder more than a computer recording option.  It is totally portable and can be used for live performances too, thanks to its robust and solid construction, mighty impressive guys!!   Having a smaller control screen is not too much of a trade off for its portability, it can be used in any room of the house, or dog house if the lady in your life tells you pipe down when she's watching something crap like X Factor!

You can record straight away and listen to the playback via headphones or get yourself a pair of monitors preferably, active monitors if you wish to listen to a studio quality loud playback, add a condensor microphone and you're away.  In true Bob techno-speak it has "oodles of inputs" so you can record your band too, at the same time.   More importantly, it will give you continued free recording time.  So now you will be able to knock out all those tunes you play and/or concentrate on writing and recording your own material with the ability to record something "on the spur of the moment" at the push of a button.   We currently have time on our hands and it would be good to use the time wisely being creative.  If you are not familiar with using one of these stand alone devices there is a brilliant range of tutorials on Youtube that will have you up and running in next to no time.   Around 400 to 500 quid and there you are. It is in demand and in some places you will have to preorder.  Mrs Bob already has mine and its under the bed in its box and being a Santa believer I'm sure the box is empty right now and will magically fill itself on Christmas night and I hope that he has had a hand in giving it a touch of magic when I make my first recording with it.

I shall continue to use the brilliant AKAI DPS16 along-side the new kid in town until it fizzles out some grey day.

So I'm pleased to have passed onto you the phrase to get what you want for Christmas, a shag and a glass of port too!  It only works once so use it sparingly and if over a certain age loosen belt, apply blue pill and lean forward!  REMEMBER...

" Oh Darling, how slim you look in that dress, Is it new? well you make it look new!...... I'd like to buy you a new dress for Christmas?

I dont know if the phrase works with the panoply of gender neutral, left side trouser wearers or straight up gays and lesbians but for the average older man/woman situation its DYNAMITE!!

My heart goes out to anyone who or whose family has been affected by this vile virus, it is a timely and recurring reminder to humanity of exactly how fragile we truly are and are not the kings of our own destiny.   Please be kind and thoughtful to each other