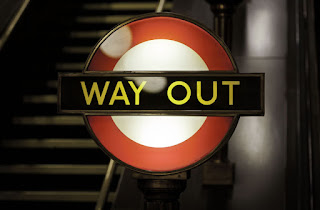 Well I can't think of a worse start to a year musician wise, in two months we have lost David Bowie, Lemmy Kilminster, Natalie Cole, Paul Cantner from Jefferson Airplane, who, as well as being a member of this hippy, trippy band also co-wrote "Wooden Ships" along with Stephen Stills and David Crosby, Glenn Frey from The Eagles, Buffin Griffin, drummer for Mott the Hoople, Tommy James (Tommy James and the Shondells), Kitty Kallen "Little Things Mean a Lot", Nick Clay (And the Beat Goes on), R&B legend Otis Clay, ex promoter and manager Robert Stigwood and we also lost Ed Stewart one of the founder DJ's of Radio One and lastly my favourite actor Alan Rickman.

It has also sparked a false death report of Charlie Watts and for some bizarre reason people have only just found out about the passing of Joe Cocker and Crosby Stills and Nash drummer Dallas Taylor, who both died a year ago but have been included in some recent reports.

To be honest with you I'm surprised that I still find myself alive.   In fact you'd better read this quick just in case you don't make it to the end of the page. Could there have been a worse January? I don't think so.  What? stone me, as I'm tidying this blog up I've just heard that Terry Wogan, another founder DJ at Radio One has died too. 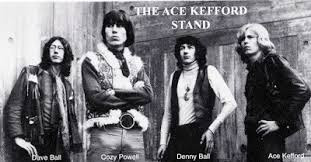 There has been a blue plaque awarded to Cozy Powell in Cirencester, his birth place.  Although a born native of "Ciren", and having played firstly with a local Cirencester band The Corals, Cozy was a regular drummer for Brummie bands and I first came across him in 1966/7 as the drummer for Young Blood, another Brummie band who had paid their musical dues in Germany and on the road doing the endless round of gigs and had recorded three or four singles.  Cozy was poached from Young Blood by Dave Ball and his brother Dennis, whose third brother Pete was the guitarist for Young Blood, to join them in The Ace Kefford Stand, a short-lived group formed by Chris Kefford after his departure from The Move.  That must have caused a bit of a domestic kerfuffle in the Ball residence.

I think everyone knows Cozy's rise to fame from then on.   It's heartening to see this award for a guy who was pretty genuine, a lot of fun and one hell of a drummer. 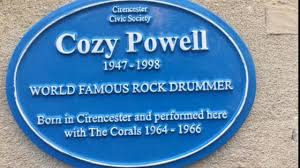 Brummie drumming legend Carl Palmer and the ol' left hander, Tony Iommi went along to represent us Brummies at the ceremony.   Really pleased about this plaque.


BRUM -  60's Drum Beat City
The music of Birmingham in the sixties was gritty, it was the days of earthy R&B, Blues, Bo Diddley and Chuck Berry rhythms.   There were loads of great drummers in Brum at the same time as Cozy too and without being disrespectful to his ability, he wasn't a rarity.

We had, in no particular order during 1966-7 Pete York, John Bonham, Mike Kellie, Carl Palmer, Keith Smart, Phil Brittle, Jim Capaldi, Bev Bevan, Mac Poole, Kex Gorin and more....(I know I will have missed people out who will be offended so sorry, in advance).  It may sound a little bit of a well hackneyed phrase to say that "Brum Rocked" but with that amount of drum talent driving the machine, it really did! and those are only some of the many good drummers that were around then.

Anyway, you could have seen these very impressive guys play on a regular basis at clubs and bars in the city with their various bands and I too would have been with three of them, at various times during that period, enjoying their musical company.

From a guitarists perspective, the "Pre band PA" days when you put your kit on the stage and played without any amplification or alteration of sound was what made those R&B songs work so tightly in the clubs and dance halls we played at, because the drums natural volume, balanced sonically with 30 watt amplification at "10".  I can vividly recall seeing and hearing live, for the first time a "proper" drummer.  The Brumbeat venue, Stirchley Baths, the drummer was Carlo Little and the band,
Screaming Lord Sutch and the Savages, not the limp sound of the 13/14 year old's I'd been used to playing with in my various and sundry Shadows type groups.

It was exciting, crashing cymbals and deep tom-tom rhythmic sounds and growling bass and trebley guitars.  I was hooked.

The engine of any band is it's drummer and I'm pleased to say I had the chance to play with some of Brums best at the best time that there ever was for groups.

FINALLY
Got some great new interesting stuff coming up in Brummies Abroad in April.

Get your loved one a Valentines Gift this month, it's cheaper and more enjoyable than a day of cold shoulder and hot tongue.