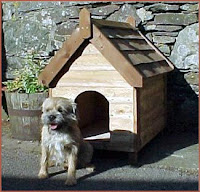 February, what a rubbish month this is. You've just got your credit card bill for your over-spending on the new years celebrations.........Christmas ain't so great now is it? So what does February have in store - St Valentines Day that's what! the patron Saint of Card shops and florists, invented to put cash in their tills and forgetful blokes in the dog house! - cos' you know what happens if you forget the Valentines Day card dont you?
STOP PRESS!!!!
I have received a statement from the Brum Rocks spokesperson, Mr L Hornsby regarding my comments pertaining to their excessive backstage demands in the January blog. It reads:
"We have never used Sanatogen, Senapods yes, and we take the silver off! - end of statement.

The Tornado's were back in Brum, only this time they weren't playing Telstar. More like "Rip it Up". Lets hope The Hurricanes don't fancy a visit.

If Tony Iommi's surname was one vowel shorter, would he play faster ?????

The Cedar Club was just one of the finest places in Birmingham in its day. There were great international stage acts that played there like Freddie King, Junior Walker and the All Stars who were just sensational, I even saw the great Duane Eddy there. If you were in a group with a reputation you would get in free and as a kind of trade-off for that you would be "asked" by one of the Fewtrell brothers if you'd get up on stage and do a couple of numbers every now and again. There would always be a mixture of various group members playing together on stage now and again Idle Race/Uglys/Sight and Sound/Move etc. When there were big tours in the city they would inevitably end up at the Cedar Club and at times they would get on stage. One night in 1968 famously with Jimi Hendrix playing a normally strung right handed guitar, left handed, being aided and abetted by John Walker from the Walker Brothers. Apart from the musicians that hung out there, there was a host of characters that used to go into the place and one in particular Ted ? was a Disc Jockey from The Silver Blades Ice Rink where he used to sit in a box to the left of the stage and people would ask him for music to skate to.

Ted always seemed a bit "out of place" in the surroundings of mini-skirted girls and hairy musicians all in their colourful psychedelic clothes. He was considerably older than the regular crowd and wore a shiny red mohair suit and dickie bow most of the time, he also wore a red cumerbund belt around his quite broad girth. He was slightly effeminate with "thinning" black hair which was always greased and combed straight back from his face. You could say he had the appearance of a retired army officer. Having said all that, he had a quirky appeal to the punters at the Cedar and at times, was very amusing company.

Ted used to get up with the bands too! He always sang the same song every time, "Its not Unusual" the Tom Jones classic. Ted, wildly out of tune, would girate his ample midriff and flail his arms around the stage, puntuating "pelvic thrusts" would be applied at the appropriate junctures and the girls in the audience would egg Ted on with mock screaming to get him to deliver more...... he used to sweat buckets!! He kept everyone amused and always got a rapturous round of applause afterwards. If he cornered you after a few beers he would tell you all about his mate - Tom Jones. We would all smile and say "Oh really!" in a polite sense but really would be thinking that Ted truly lived in his own world. 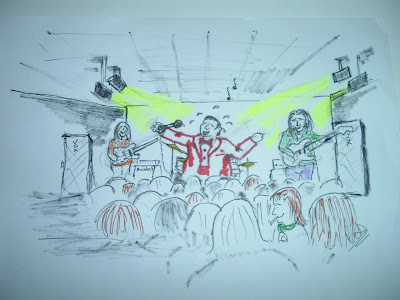 One night outside the Rum Runner, a group of musicians were stood chatting when a Rolls Royce pulled up outside and when the door opened it was Ted!! Sat next to him was Tom Jones! "I told you I bloody knew him!!" shouted Ted and the car pulled away.


Brenda Bosworth - simply the best female voice EVER to come out of the City.

WHAT A LOAD OF BULLOCKS!!

I was in The Bell at Northfield the other day enjoying a pint or three and was having a discussion with some blokes about the modernisation of the city centre. I was saying that I thought it had lost it's sense of individuality and history and that, apart from all the normal stereotyped shopping outlets, all that you could buy was different brands of coffee and over priced sandwiches (Guava and Bats Wing with grape salad - yours for only 5.99" or "Why not buy our Specially de-ionised WATER!! - with Extra Mineral Salts, applied by the hands of Minoan Virgins" - 4.99 - What!!!! . Whats wrong with a nice pie and a cup of Bovril - gits! ). 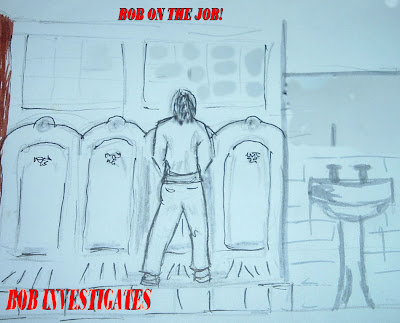 "No" said one of them, "you're bloody wrong there Bob". "If you think all the history has gone you should really look at the old part of the railway station at Moor Street, "The mens toilets are brilliant!!" "They've been restored to just how they were". Well, how could I resist further investigation of a set of old bogs. Next time I was in town I walked down to the Station and sure enough the old part of the station does exist more or less as I remember it. It then struck me as very strange that the bloke at the Bell failed to say "There's a beautiful old steam engine on the tracks at the platform AND the gents toilets have been refurbished as well!" The toilets of course were not brilliant, in fact they were and still are, unexceptionally unremarkable - four old urinals and painted brown walls. Its hard to believe that some bloke thinks they represent historic Birmingham, let alone something to brag about!! As regards being fully restored, I'd like to point out to the board of Chiltern Railways that there was always a pool of something awful in one corner, holes in the toilet doors - presumably put there by some bloke called Kilroy, no lavatory seats and some drunk geezer who thought he was in Crewe and wanted to start a fight. Now thats FULLY restored.

RIP. A sad farewell to the great Frankie Laine.... another Ghost Rider in the Sky now.

The first article in our exclusive series highlighting personal reflections of those early days of "Brumbeat" Musicians. From the first Rock n Roller through to the mid-sixties and the releasing of the first BRUMBEAT LP.

"IN THE BEGINNING....Before the 60's Revolution"

Early Rocker Johnny Neal throws some light on the the birth of Rock n Roll in Birmingham in the mid-fifties. A real scene setter with loads of information about other groups that were in that first, ground breaking wave of rock and roll musicians in Birmingham that came to be known as BRUMBEAT!!!!!!!!!!!!!!!

Gotta go now, the wife says she's going to polish me' zimmer! I cant turn that down.

Copyright BHB.
Posted by Bulls Head Bob at 11:10 No comments: