Bulls Head Bob Nov 2018. WHERE HAS THE MUSIC GONE. RECORD YOUR OWN MUSIC FOR A SNIP.

DEATH OF THE CD
It is mind boggling to read about some stores no longer stocking CD players and therefore, CD's and you can't buy a car with one installed nowadays. I am still firmly in that generation of enjoying having some "music in your hands".  Remembering the demise of the early thick and brittle shellac 78's played on a wind-up record player.  Hisses, crackles, clicks then.... Little Richard!! or Bill Haley or Elvis coming through some kind of speaker.


If you dropped one on the floor it would shatter and wouldn't take too many plays before it was useless.  These were heavy things and oh how we cheered when Vinyl became available, 78's were being dumped en masse because we had the smaller 45 rpm single.  I recall watching Blue Peter as a child and seeing how to make an ashtray or fruit bowl from a 78 rpm record and for a period of time, every kids house would have one. When you would stub out your cigarette in your trendy 78 it would sometimes burn the shellac and smelled awful.

Of course that led to the 33 rpm Long Playing Record which anyone reading this would be familiar with and always made a good present for someone at Christmas time.  There was really nothing better than having a nice picture cover and then reading, on the reverse, the track list with "sleeve notes", whilst listening to the LP itself.    I had around 4000 lp's before I succumbed to the Cassette then CD convenience.  I still have around half that amount and enjoy a Vinyl day often.  What I discovered though is that making ashtrays and fruit bowls out of Vinyl is still happening all these years later.  It isn't anything I would recommend but here's a link if you're interested?   ASHTRAYS FROM VINYL 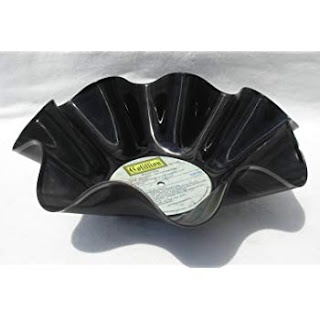 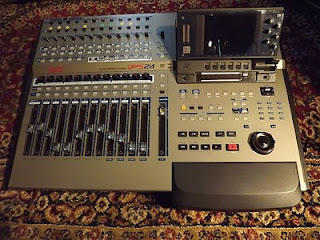 small table instead of a mixing desk that would have to fill a room along with a couple of tape machines being operated by someone you didn't know, it put the power of production at the fingertips of the songwriters and musicians.  You could be the master of everything you do, Independent Record labels sprung up at a massive rate, no longer did you have to be signed up, you could do it yourself and sell copies of the CD at gigs.   It was a liberating thing and I loved it.    You could now have as many tracks as you liked and work out multi instrumental, complicated arrangements.  Sheer bliss.  I recorded some nice memories when friends visited and we'd play something and record it together in an instant.

MUSIC AS A GIFT shop-PING!
Although now a lot smaller, you could still give someone a Cassette or CD for Christmas and they could still read the information whilst listening, so you got a lot for your money both as a visual treat and the pleasure of reading.   I was talking to one of the Bobettes the other day about buying gifts and I said "What about a CD for Christmas" she just burst out laughing "No-one buys CDs anymore Dad!" and gave me that kind of look that I am now "of an age".

It was my plan to buy one for her boyfriend who is a muso for a Christmas present so I said "So do we leave a space under the tree where his CD gift might have been then? a tangible object that he could have unwrapped excitedly, anticipating what may lie under the festive paper?  No, we wait for a Ping on his phone announcing the arrival of nothing! and we all know that the only person who wants nothing at Christmas would be the Dali Llama.

The whole personal element has gone out of gifting music any longer and that's a sad day folks. That being said I imagine that there will be music web pages and sites where you might be lucky enough to buy a piece of physical music and also at gigs, good hunting.  There is one benefit to the Ping generation and that is you cant make an ashtray out of nothing.

MICRO STUDIO
The portastudio as a stand alone entity was replaced with computer tech and Aerosmith actually recorded one of their albums on a lap top.  You can spend as much money as you like buying expensive recording software but If you wanted something a little less ambitious as a home guitarist though, here's a little bit of kit from VOX that can have you recording in a blink and its TINY.  Its called the Amplug I/O and is a small interface direct from your guitar jack plug socket to the computer or phone.  It has its own software and is a snip of a gift of music for around 35 to 40 pounds.  It is also a guitar tuner. 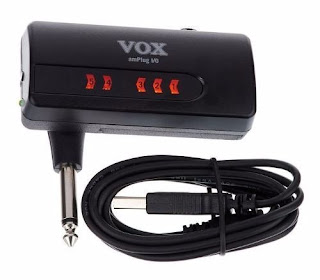 I bring these things to the notice of you lovely readers who maybe were in a group way back and not as advertising.   There will be those who may have thought that their ambition of making their own record was never achieved back in the day because of circumstances.  Those thoughts of "if we could have recorded that song, it would have been a hit for sure" can now be realised, you can now record it and satisfy that "if only" regret.

The whole beauty of making music is it's moment of creation by your own hand.  Those pipe dreams are only a step away these days, who cares if no one else hears it?, you can fulfil that ambition and catch YOUR moment for the price of a trip to a burger bar.  You may get the recording bug and want to go further, its a great hobby if nothing else.

Hoping to bring you some International Christmas fayre from the Brummies Abroad next month.