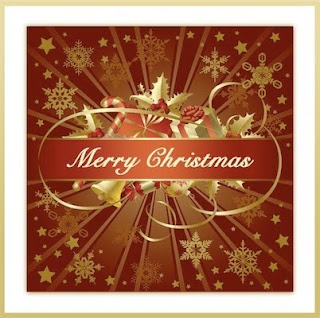 BRUMBEAT CHRISTMAS PARTY
Sadly, the annual BRUMBEAT Christmas party has had to be cancelled this year as John is in the process of moving house, 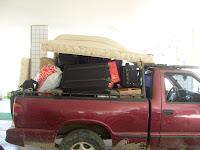 he'll do anything to avoid buying me a drink. Perhaps he's related to Danny King, Dave Morgan or Johnny Neal - great artists in the conservation of their wallets! While all us plebs will be freezing our assets off in the UK over the Christmas period, Mr Neal will be sunning himself on the shores of the Cape of South Africa, he says that the cost of sherry there is much cheaper? 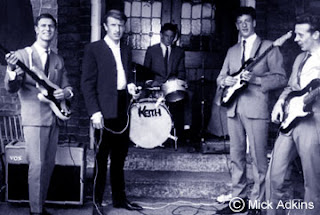 Last month I was doing a bit of web surfing and thought I would trawl through the music sites that interested me to see if any updating had been done. I headed first for Mick Adkins website only to find the page unavailable, now my computer isn't the most modern in the world and often 'hiccups' with speed faults etc so I moved on, meaning to return a little later. In conversation with John he tried to find it too. It came as a real shock for John and I to find out, through a Health and Safety document, published on the web, that Mick had died from asbestosis in 2007. It's such a shame that no-one had contacted us about Micks passing. We both wish to say how sad we are at the news and send our thoughts to Judy Adkins and the members of Micks family and friends.

Of the many contributors to the BRUMBEAT website Mick was one of the best. His e mails to us were witty and informative and indeed, his own website was a great read about his 60's days as lead guitarist of The Sundowners, The Chads and his time as one of Robbie Hoods Merry Men!! Self deprecating, as is the case for most Brummies, and full of humour it made a great read. Micks musical history is a long one, spending many years after the sixties, playing the clubs with the brilliant Brenda Bosworth through the 70's and 80's. Micks wife Judy informed me that his funeral was attended well and included a couple of the Idle Race guys, Roger Spencer and Greg Masters. I'm sure Mick would have appreciated the company some of his muso mates, we all appreciated his company back then.

ALEX WHARTON - THE MOODY BLUES. Visit the Pie Stand page to read the exclusive interview with the great Alex Wharton

CHRISTMAS GREETINGS
Both John and I would like to wish a very Happy Christmas and Peaceful New Year to you all and thank you for visiting the site and keeping people's memories alive. This little community of the Survivors of Brumbeat are getting thinner each year and its brilliant that we can share our passion for the music with those who were not fortunate enough to have been around to have experienced it first hand - from the days before you could buy a solid body electric guitar to the psychedelic summer of love when even The Applejacks wore kaftans!! (I think they wore them to conceal their woggles!!). It maybe hackneyed to say this but there will never be another time like the BRUMBEAT days, when there were hundreds of venues or bars featuring 'live' music, two or three times a week....... even in Tipton. You could walk down Broad Street without being kicked to the ground. Best of all, us happy band of muso's meeting at Alex's, The Cedar Club, Elbow Room and The Rum Runner after gigging somewhere, were lucky to have had each others company and to have shared loads of good times together. I think of you all with great affection (well not ALL of you)......have a good one.

AND FINALLY.......
It's days away from the festive holiday and so being a pal I thought it best to remind you all, especially the tight fisted ones amongst you, that its a nice gesture to give someone you love a little token of your affection whether you 'Do Christmas" or not. We're not here forever. 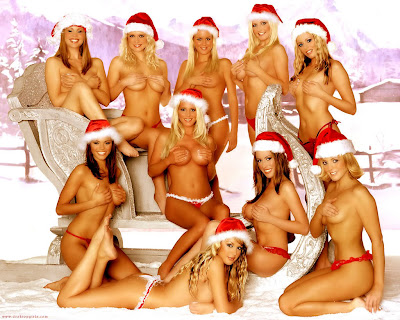 Thats for you Oggie..