DECEMBER - ANOTHER TICK OF THE CLOCK

It is with an extremely sad heart that I pass on to you the news of the demise of Phil Myatt. For those of you who possibly have NOT heard of him?? he was the promoter who was really responsible for the rise of MOTHERS (formerly The Carlton at Erdington). Under his great management, Birmingham was lucky enough to have every major group of the late sixties play there on several occassions from Traffic (making their first public appearance), Led Zeppelin, Tyrannosaurus Rex, The Who (performing Tommy), Elton John, Frank Zappa, David Bowie, Deep Purple......the list is endless but suffice to say that during its existence every band with anything to say played there. It was also a home from home for early Black Sabbath who were practically the Wednesday night resident group. Pink Floyd recorded most of Ummagumma 'live' there....Also of course, John Peel did a lot of the DJ-ing. 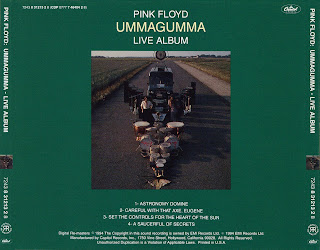 Phil was 'one of the guys' and if you were in his company you would be roaring with laughter listening to some of his stories. He took The Carlton Club and gradually changed its whole perspective (and name) as music and fashion changed from a twice a week Dance Hall where girls danced around their handbags to become the most popular music club outside of London. Prior to the name change he had already started to book acts like John Mayalls Bluesbreakers with Eric Clapton, Zoot Money, Graham Bond, The Artwoods etc etc and later as 'Mothers' it eclipsed the London scene with acts pleading to play there. Furthermore, the club was voted by US Billboard Magazine as the Best Gig in the World during its heyday and this sentiment was shared by many of the acts that performed there and who also admired Phil's style as a promoter. I can't think of many venues that have had books written about it, there are at least two dedicated to the place that I know of. Phil was a partner in Carlton Johns Entertainment Agency along with John Singer and Gary Surman (who were also my agents and Managers). I was fortunate to have played at both The Carlton and Mothers several times and feel the more richer for having known Phil like a freind.

Phil's funeral was held at Redditch Crematorium on 25 November and was attended by many of his freinds. It was a service full of laughter, which he would have loved and the eulogy seemed to centre on Phils love of "the purest Green" and his 'hip' attitude. The vicars comments at the end were something along the lines of "Well I hope there are no Police here!!!" 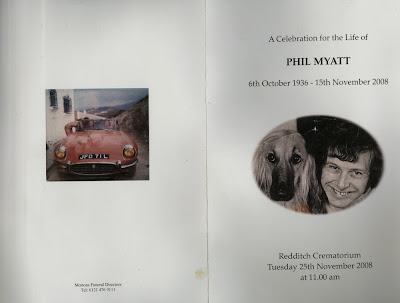 John Singer, now living in Spain, could not attend but I spoke with him recently about Phil and he passed on this story:

"Phil and I spent many hours in the offices on Wake Green road Moseley. This was the main hub of Carlton Johns agency. We booked many famous and infamous bands and dealt with all the major London agents. One occasion I will always remember was the day we had a visit from a very ominous looking Don Arden, he was a very menacing character and I think he was visiting us over an unpaid debt for one of his groups. Needless to say Phil & I couldn't escape through the only window as we were three stories up. Don received his dough and we spent the rest of the day with nervous laughter and sighs of relief!!! Phil was my partner for more years than I can remember and he is sadly missed". John Singer.

Now I dont know if you have watched the film The Langoliers? It's a bit like seeing Time being eaten away around you as all the memories and loved personalities disappear in front of your eyes. God Bless you Phil....roll a fattie for me........ Bob.

PS. Happy Christmas everyone, wishing you a year of peace, good health and prosperity.