October....Winter misery is upon us.

GOD BLESS YOU WALLY.
Over the past few weeks there have been many deaths of 60's musicians whose contributions went a long way to influence the advancement and aspirations of those who followed. From a Brumbeat aspect, none more so than that of Terry Wallace of The Vikings. When I was learning to play the guitar I used to take a note book with me to dance halls to copy down chords that proper guitarists used, Terry was amongst those whose skill contributed to my learning. See the Pie Stand page for John's tribute to the great man.

The announcement of Jerry Reed's death on 4 September heralds a real loss to the music world. Next to the incredible Chet Atkins he was the best country picker ever - allegedly he taught Atkins how to pick 'Yakety Axe' fingerstyle. Elvis Presley recorded three of Reeds' songs, most notably the fabulous "Guitar Man" with Jerry Reed himself supplying those brilliant guitar breaks and solo. For all you Rock n' Roll fans, he also wrote Gene Vincents's 'Crazy Legs' and a further hit for Brenda Lee in 1960.

''Thats all very well'' you say but does he have a Brumbeat relevance? - "Yes Siree Bob" is the answer.......after scoring a hit with Chuck Berry's 'Tulane', 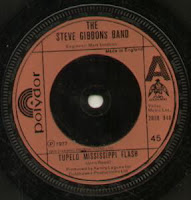 The Steve Gibbons Band released the Jerry Reed composition 'Tupelo Mississippi Flash', a song dedicated to Elvis which, unfortunately for Steve didn't chart but nonetheless was a good choice of cover. As well as Reed's musical deeds, he appeared in several films including the three 'Smokey and the Bandit' films alongside Burt Reynolds. Above all, this guy was a true guitar genius, much overlooked in the great scope of things. A quick visit to You Tube will show the quality of his musicianship.

Rick Wright sadly passed away on 16 Sep. Not a Brummie, nor Brumbeat but the groundbreaking music of Pink Floyd was the backdrop to the psychedelic years of the late sixties with the songs 'Arnold Layne' and 'See Emily Play' that spawned a host of Brummie groups. Floyd brought a whole new concept to music and stage performance. Rick Wright wrote 'Us and Them' and 'Great gig in the Sky' for Dark Side of the Moon, his beautiful chord changes remain to remind us of what a loss to music he truly is.

EARL PALMER. Died in Sep aged 84. Drummer for the great Little Richard, he also gave the beat to Ike and Tina Turners, River Deep Mountain High and the Righteous Brothers - You've Lost that Lovin Feelin. He further worked with Neil Young, Elvis Costello, Sinatra and a host of others.

ANOTHER 'ESSENTIAL' SURVEY (Who Pays for these things?)
A survey conducted by some Scottish professor or other has concluded that peoples musical tastes are an indicator of their personality and that those who, for example, like the Blues are: "Gentle and at ease, creative, have high self-esteem and are outgoing". Has he/she ever been to a Blues club or festival? The professor obviously didn't survey anyone like my mate Nobber. Nobber sells novelty slippers from a stall and lists as his pastimes: The Blues, sweating, drinking, belching, tackle adjustment, pizza, comics, intimidating 'folkies', Oh and did I mention Drinking. He is a real life Gimli of Gloin with a grudge, who lounges about in his distressed? Calvin Klein pants and claims to have 'had' Penelope Cruze. 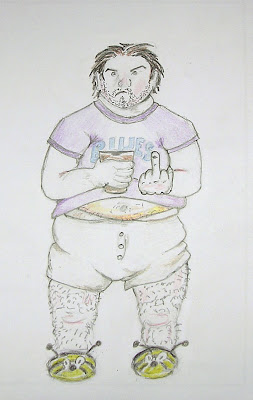 Probably the people he surveyed are all members of knitting circles or Country Dancing Societies in places like Fife or the Shetlands. For those who wish to check out your own personality rating click on the link below:
< http://news.bbc.co.uk/go/em/fr/-/2/hi/uk_news/scotland/7598549.stm >

Well, flabbergasted is a long word but not as long as the Spice Girls phone bills will be after them scooping the Award for 'Best Live Return'. "It means something special when its the public who phone in for you" is the normal acceptance phrase that's bandied about at these bashes but -"Thank goodness for speed dial" is probably more appropriate.

Not much current good news on the 'survivors of Brumbeat' front this month (or perhaps you know something I don't?) but keep tuned in for more ground breaking, earth shattering news from yer man on the street........I'll just leave you with this......My Grandad said to me "Bob, now I know you like a beer or two but if you ever find yourself enjoying a pint of Ansell's bitter - you know you're an alcoholic........"