I don't usually have the time to write blogs outside of the normal monthly one but I simply couldn't let the passing of Jet Harris go without writing some sort of tribute to him.  It feels as though a small part of my life has gone, that part I remember oh so well, whilst learning how to play the guitar, sore fingertips but with the ambition to try and play like my heroes.

I must have spent every moment of my young days staring at this LP cover: 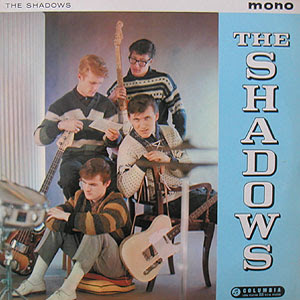 I saved up my pocket money for this and I still have it in my record collection, although I wore out the original and had to scour car boot sales before I came across another one, luckily in nice conditon for a quid.   If I close my eyes I could tell you every detail on that cover, front and back!.  It was The Shadows very first LP.  I can also tell you that my Mum knitted me every one of those jumpers too.  I knew and played every track note for note, lead and rythmn parts.

However Track 3 of the LP would be the only time I ever bothered to learn a bass part, the track was 'Nivram' and featured probably the first bass solo in modern pop music, the bassist, the great Jet Harris.   We would have to wait till The Who's 'My Generation' before another came along.

Called 'Jet' because of his ability as a fast runner in school, he was the icon of bass players during the early 60's.  He was one of the best and had an image as strong as his temper.  Jet joined the Drifters after a Moss Empire tour of the UK as the bassist for The Most Brothers, on the same bill as Cliff Richard and The Drifters.   Jet suggested The Shadows as the name for the band, necessary so as not to be confused with the American Drifters.  All of the members of the Shadows had worked or were part of the scenery at the iconic '2i's' Coffee Bar in Soho, where rock music began.   Jet swept up and served coffee at the bar to supplement his money earned playing Rock and Roll in the cellar whilst Hank and Bruce served coffee and things.

The rest of Cliff and The Shadows rise to fame has been documented well enough.  The Shadows became THE group to emulate in the UK and us young British guitarists were fortunate to have all those instrumental hits to use as a launch pad in the art of playing the electric guitar and for the first time bassists had a brilliant role model.

Jet's time in the Shadows was cut short by him becoming "fed up with being cooped up with the same people every day and night".   He left the band and for a short time forged a successful solo career for himself and later with ex Shads drummer Tony Meehan.   During this time he had an affair with Brum's Billie Davis of "Tell Him' fame.   Jet and Billie had a serious car crash which saw him having operations to his head.  A traumatic accident like that leaves deep wounds and he took to the bottle with style, he stopped playing and in the 70's was a photographer (of some note it appears.  Brian Gregg has some of his photos) and during his darker days a hotel porter , garage hand....anything to earn a crust.

Jet got back onto the music circuit again playing with The Rapiers and other "Shadows type' bands.   Where he made a good living from that time on but nothing will ever replace him in my thoughts as the blonde guy in The Shadows, a great bassist, a great personality and most of all a great loss to British music.

Bob
Posted by Bulls Head Bob at 14:33 No comments:

MARCH - BULLS HEAD BOB - GET A LIFE YOU SAD GIT. I LOVE CHICAGO.

ALEX'S PIE STAND - NOTHING TO GET EXCITED ABOUT
There are a couple of sad git's who were musicians during the 60's in Birmingham whose personalities were such that one of the highlights of their musical lives was to buy a meat pie from Alex's Pie Stand after a gig.

I used to go there too but extolling it's virtues in a radio or newspaper interview, like it held a special place of significance in the Birmingham music scene, is simply bollocks... The hours must fly-by at his gaff!!

Alex's was just a place to get hot food in the City Centre, there was nothing else open at that time. Curry houses had not yet started to open, there was no chinese food, no Hamburgers no fish and chip shops either in the City Centre.   There were always loads of bikers there who had formed a club (including my brother in law).   Apart from the bikers, there were partygoers, louts, drunks, ne'er-do-wells, hookers, crooks, thieves and wino's - as well as visiting groups and other bands who had been playing in the city that night .  They went there for the same reason as everybody else - there was nowhere else to get something to eat after a gig and only the better known bands were granted free access at the nightclubs. 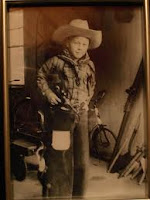 To suggest it was a place where bands specifically met is untrue - it was the only place open for ANYBODY who was a night person, which of course included the hundreds of groups that were around in those early days. So it was no surprise that we all bumped into each other occasionally with the usual, "Alright guys, where you been playin?" everybody would lie through their teeth about how much they got paid and how they'd gone down a storm, lead guitarists would be sizing each other up like gun-fighters, giving each other cursory nods of the head as some sort of mark of acknowledgement.

There was a kind of clique of groups though, who were mates and didn't talk to the lesser bands who in turn, had their band of mates who sneered at the freshly formed groups who could only stand looking goggle eyed.  Quite funny really.

You'd buy your pie then all pile back into the van and start talking about the other bands who might be there in the queue, "Fuckin wanker" was quite often the opening phrase followed by, "If his Dad didn't own the van, he wouldn't be in that band", a lot of truth's spoken and a lot of bullshit spread about.   As for "Bands being formed there", there was more chance of that happening at a gig, where there would generally be two or three groups on the bill, or more likely inside one of the music shops that were frequented by all and sundry where one could pass a couple of hours playing some of the instruments off the wall whilst persuading someone to abandon their mates and join your group.

Just to add to the confusion, there were two pie stands.....and everyone referred to them both as Alex's
the one pictured on the Brumbeat Pie Stand page was situated by the Albany Hotel, the second was located at Snow Hill Station and was a mobile van that used to arrive around 10-ish and stay there till about 2.30 in the morning.  On the side of the van was painted "Hot Snacks" or something similar but we all called it Alex's nonetheless.  I have no idea and in fact have no wish to know, if Alex was the owner of both.   It was just somewhere to eat, not an institution, no magic occurred there.   Some people should get a life!

Some of you eagle eyed warriors may have noticed that the old "Bulls Head' logo has disappeared from the page.   I have replaced it with the Bulls Head on the Coventry road.  When I first started doing this blogging lark I simply added a picture of a bulls head, as a form of decoration for the page. I only became aware of the connection to the Chicago Bulls football squad when I began to get a lot of visitors to the site from the windy city itself. It got even more confusing when I mentioned Hollick and Taylor studios, because it would appear that one of the directors of The Chicago Bulls was called Tom Hollick!! - well I wish them well. 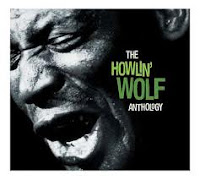 That aside, we owe a huge debt to the black Chicago musicians who provided all of us groups of the day with practically all our music.   The incredible songs of Willie Dixon, Howlin' Wolf, Muddy Waters and others being changed and chopped around by groups, generally speeded up and played at breakneck speed to willing audiences of dancing girls, the sales of harmonicas and Marracas soared.

For the more serious, the influence of Elmore James slide guitar and Big Bill Broonzy's guitar work meant lots of hours of practice to get the 'feel' correct.  Probably the very best blues guitarist and performer, Buddy Guy rose through the ranks of Chicago's bluesmen to become an inspiration to Jimi Hendrix, indeed, much of Hendrix' act and performance tricks were taken directly from BG.

The original, medium paced 'My Babe" became a regular in Brummie groups' set lists but now sounded completely different, certainly louder and faster.  Howlin' Wolf's "Smokestack Lightnin" was also another favourite for lead guitarists.   The adaptation and modification of this wonderful black music by British guitarists was a precursor to the Brits going to America and playing to the largely white audiences the same black music that was practically ignored by them beforehand; the difference now was the UK groups were light years ahead in style, inventiveness and aggresion that had come from the years of playing fast Rock n' Roll.  By the time American bands got into it they sounded like cheap and soul-less copies for years.

You only have to listen to any of Led Zeppelin's tracks to recognise riffs from the greats of Chicago, now ashamedly credited to Jimmy Page, whole lines of lyrics just 'dropped in' here and there like a modern day 'sample' gave Plant songwriting credibility that belonged to some other guys......brutal copies of the real thing.
Peter Green of Fleetwood Mac always gave credit and royalties to those blues guys who he borrowed phrases from.  Good Man.

THE KING BEES
Now when I was a lad there were only a few groups I would take the time to go and see.  One of those bands was the King Bees, a bit mod-ish in style for my liking but as their name suggested, they were equally influenced by the blues artists and were a pretty tight band to boot.    Why not take a cyber stroll onto the Brumbeat Pie Stand page to link to the story of the King Bees, nice interview by John with founding member and guitarist Geoff Brown (If I remember rightly, he played a Telecaster?).

BOB'S ON THE TOWN
I shall be doing a couple of gigs over the weekend and Monday too....so I look forward to meeting up with some of you.  Oh heck, I finished this blog without telling you where I was playing, never mind, there'll be other times!!

BRUMMIE GIG
Well I'm sure that some of you will remember this place with some affection.  Kinda small but great atmosphere: 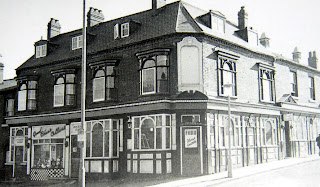