MAY - All Yer' Sons be Bishops

Wotcha Brummies, Muso's in Surrounding Areas and Far Off Lands,

Well here we are again. No news from the 'gang of four' at the pub to pass on so you'll have to put up with my rambling nonsense as usual. I'm pleased to say that no one connected with Brum Beat has passed away in the last couple of weeks, as far as I know, so that makes a pleasant change. . 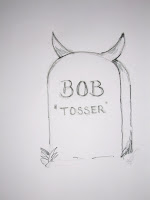 Whilst on that particular subject I started thinking about what I'd like to have engraved on my headstone when the great moment arrives for me to wind up this mortal coil. I was thinking of something meaningful, witty and endearing. My offspring however, have already made several suggestions and 'Stroppy Old Wanker' seems to be their favourite choice of the moment.

GETTING DOWN TO IT......I've been 'at it' digging in the garden during April which is something I thoroughly enjoy. There is a certain degree of peace and feeling of harmony when I am working with the soil, caring for plants that I have lovingly raised from seeds. You may think "Well thats an old man's game Bob, not very Rock n Roll" but on the contrary, Rock and Roll was my inspiration - I shall explain: Whilst travelling home after a gig we did at The Yowmsaft Arms in Sedgeley, as a mere strip of a lad, we found ourselves taking a couple of girls 'home' through the smog and, although I never saw it myself, we must have passed a Garden Centre on the way because, from the darkness of the van's back seats, I heard one of the band members say 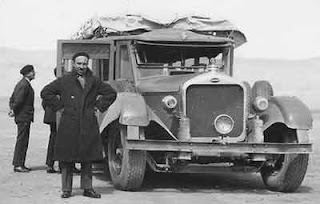 BURNS GUITARS. A few months back I referred to the Burns guitar history, not in a geeky or nurdy way, simply as a memory jogger really for those of us who remember buying musical equipment and paying in Guineas (for our younger readers One Guinea was One Pound and a Shilling). Just recently I read on the BBC internet page about a 'treasure trove' of unseen Burns Supersound guitars discovered in Cheltenham. Click on the following link to read more: < http://news.bbc.co.uk/go/em/fr/-/2/hi/uk_news/england/gloucestershire/7999615.stm >

It's a bit like one those daydreams we all have from time to time of opening a shed door or looking in the attic and finding something incredible, in my particular case it would be to open a bank statement and find that it isn't in the red!!
Two things about Cheltenham whilst I'm on the subject, Brian Jones of the Rolling Stones was born there and Cheltenham Ladies College was a great gig!!!!!

QUESTIONS TO PONDER ON THE BOG?

Why is it that musicians are always broke?
What was Captain Hooks name before he lost his hand?
Just how on earth did U2 get to be a big band?
How did 'Muff' Winwood get that name???
Is it true that the self styled King of Magic, David Blaine learned how to pull a lit cigarette out of his coat pocket from Danny King?

HOT POOP. Our spies on the street have it on good authority that the early DECCA recordings of the Applejacks will be available soon on a new CD. So if your'e a fan keep on looking here for further news of release dates etc..........maybe John will do one of his nice reviews? 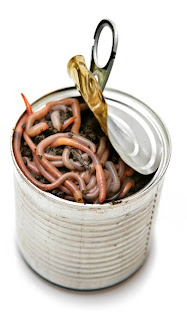 "I've opened a can of worms says Bulls Head Bob" screamed the headlines of The Birmingham Press. This controversial headline was relating to the March Blog on the subject of who should be allowed on the list of Brumbeat bands. "There are worms everywhere" the article continued "Bob has lit the blue touch paper and he's not going to be allowed to Stand Back and wait" states ace reporter, Winston Anka. "Worms from Wolverhampton, Leamington, Coventry, Tamworth, Burton on Trent, The Potteries - all wriggling away demanding entry onto the 'Hallowed List".

A spokesman for the Anti Outside Brum Band Association (AOBBA) remarked that this could be the start of a 'turf war'. The 'We Hate Poncey Cabaret Groups Group' (WHPCGG) said "Its our intention to round up anyone who performed at a Working Mens Club or who sung any of Hermans Hermits hits and send them to Coventry so they will be struck off the list". The Federation of Brumbeat Muso's Currently Residing Overseas (TFBMCRO) said 'What was that? Oh we're all too busy getting pissed to give a ****".

The 'Worms Have Feelings Too" group thanked me for liberating some of their Sisters.