Firstly may I say how nice it was to receive so many emails regarding the passing of my Sister, Gill. 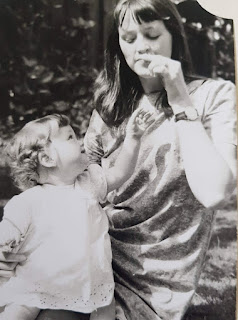 My older sister, she was the one who kept me on the straight and narrow (almost) for the majority of my young life.The same week she passed I had received news already about Dave Peace dieing and four days after that I received a call to say that my old mate Danny Gallgher had passed away too so it was a dreadful month for me.

Internationally we also saw the death of incredible drummer Hal Blaine, famed as a member of The Wrecking Crew and who were responsible for most of the great records to come out of the USA and was on the greatest single of all time, God Only Knows.  Anyway, a couple of goodbyes to our early Brumbeat pioneers, firstly:

DAVE PEACE
Way back, when you could only buy amps with valves in, the Group explosion had taken place and every road in Brum had a band in it.   One of those people who got the musical urge was Dave Peace.  Dave was a "trained" keyboard player, a rarity on the early group scene and he had no problem surrounding himself with a few close friends to form the R&B band The Crawdaddies along with Dave Pegg, Micky Herd and Don Turner.   There was always work for good bands and they featured in such legendary venues as The Silver Beat Club, The Garden of Eden and so forth, chunky organ sound prevailing although Dave did learn and play guitar too.   The band scene was vibrant then and, as such, there were some comings and goings in the band and some name changes to fit the musical scene of the day.  One change for Dave was to take the front and became the Dave Peace Quartet, largely blues based, and with this band he recorded his first LP, Good Morning Mr Blues which is still to be found on Ebay 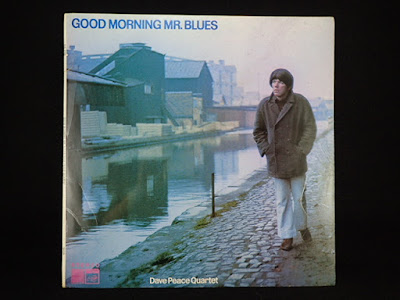 He later formed another band called BIRMINGHAM and also "Piece of Mind" who, I understand, still have a following.
Later in his career Dave was one of the session men on Wings "Live and Let Die" LP which indeed was a fitting climax as a long term, successful musician and a Brummie.

Because I was in a busy working band I never got to see him play or indeed even met him but had heard about him from Dave Pegg.   My thanks to Ken Reeves for furnishing me with much of this information.
My condolences go out to Dave's family and friends.

DANNY GALLAGHER
I knew Danny from a very early age, one of the Irish kids who had settled in the Sparkbrook area of Brum.   He was the first person I knew who was in a proper band, The Solitairs, and not just groups who played at youth clubs waiting to get a proper booking at a Dance Hall, I was in awe of that.   He had dyed his hair and had tight drainpipe trousers and winkle picker shoes three miles long.
He, myself and Keith Poulton who lived nearby and also a guitarist, used to talk for hours about Hank B Marvin, guitars, amps and of how famous we would all become.  Danny being Irish, always had the most outrageous plans which he guaranteed would happen....they never did but that was all part of the excitement of being in a group and all part of wild ambition and youth.

Keith decided that the working life was for him and although he still plays today, didn't venture too much into the always broke scene of a musician.   Danny and I triumphed at the latter.   Dedication pays though and we both featured in some bands and even in the same one, but the one I had just left before he joined so we never actually played together on stage throughout our long friendship. Quite strange really..

I left Brum and we naturally drifted apart but reunited many years later, he was no longer playing gigs but he was still in the music and was operating the sound desk at The Roadhouse as well as being a seriously good Martial Arts instructor.  After some chat between us about playing he got his act together and decided to pick up the bass and play a little more seriously again forming a new band or two in Brum with Dave Hynds ex Cheetahs.  Uniting with Dave was almost a return to his early days in the Solitairs when both of them were in Ma Regans agency playing all those well known Gigs. 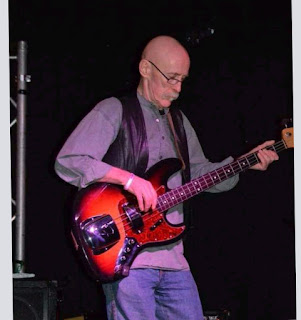 I knew Danny well, his ambition and driving personality was a real boon to a band but could also be a tad overpowering to those who didn't understand the thirst of the man.   Whilst there was a remote chance of anything happening he would push people to the limit to try and get the best from them.  He encouraged me from an early age to push myself hard to get better and he was right, some others couldn't do the discipline.  However, as a person, he was beautiful, a kind and lovely guy, pale blue Irish eyes glinting away, always the threat of a bit of mischief and us two did get into some mischief alright when we was scruffs. I loved his Mum and I loved this man too,  God Bless You Danny Gallagher thanks for the memories my friend.

John has written a more comprehensive time line on him on the BRUMBEAT.NET website, The Pie Stand Page.  Phew, what a drag this months blog has been.

FINALLY.
WTF IS HAPPENING?
I would love to have something uplifting to share with you but its all Brexit and the world is in a panic - a shambles of a Government and each one of them should be made to go on TV and formally apologise to the Nation for being total wankers.  Corbyn wants to throw even more shit on the pile calling for a general election "Now", he's probably looking to sneak in a ministerial post for his old mate Derek Hatton to who he restored Labour Party membership, Chancellor of the Exchequer comes to mind? then they could re-enact their historic parts in the bankrupting of Liverpool, only now they will have the whole country's money to play with, why not get "Call me Tony" Blair back as well as Minister of Defence after all he started all that shit!  These are the alternative Government.
Run for the hills.