JULY - Our Geoff's Always Arsing About...

Well I'll go to the foot of our Stairs,

Thats us back from Skeggy. Wind, rain, warm beer, cafe tables littered with piles of someone else's dirty plates and great pools of congealed milk shake in the hollow of your plastic seat.... Ah, the British really know how to run a holiday resort don't they? Back in the boozer with the gang, the hot topic for discussion was Yoko Ono being given a 'Lifetime Achievement Award' at the recent MOJO awards which even 'tops' the laughable 'Lifetime Achievement' award given to the Spice Girls or 'Band of the Year' to Hearsay. What made it more incredible were comments from musicians who actually gave credence for what she had seemingly done in the past. Call me conventional but I don't believe that sitting in a sack and screaming for three hours has ANY musical merit whatsoever, in fact, my teenage daughter used to sit in her bedroom and scream for longer but at least had the creativity to throw in the occasional expletive about not understanding her!! Crazy Malc said some people should look up the word 'sychophant' in the dictionary. Nobber agreed and added that he was sick of ants too...? (Groan)

ESSENTIAL VIEWING
Recently, John Woodhouse gave me the excellent DVD "Standing in the Shadow of Motown', a film documentary about the session musicians at Motown, collectively known as 'The Funk Brothers'. It's a film worth watching for any music fan and particularly lovers of soul music. It got me thinking of some other musical movie gems that cover the BRUMBEAT days. You guys might just want to watch these whilst lying on the settee swigging a beer or two. I have excluded the obvious Elvis/Beatles/Stones films, Anthology etc...

THE GIRL CAN'T HELP IT.

This film from the early Rock and Roll days (1956) was a real ground breaker, I think the first Rock film made in colour. It features a host of RandR greats including Gene Vincent, Little Richard and the incredible Eddy Cochran performing the much recorded '20 Flight Rock'. In 68' The Beatles watched this film on TV and retired to Abbey Road to record 'Birthday', it's influence immediately recognisable with its 'Lucille' type riff. Jayne Mansfield looks pretty good too..... I think you could call it a 'Light Hearted romp".

Great footage of The Band's last concert with appearances from a galaxy of big names plus some quite funny interviews with members of The Band that covered their life from the early days of Ronnie Hawkins and The Hawks through their period of collaboration with Bob Dylan and the subsequent release of the great, Big Pink and The Band Albums etc... Directed by Martin Scorcese this is a real must for serious music fans. 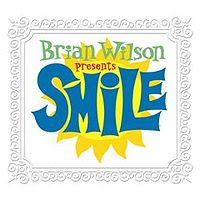 This double DVD is absolutely brilliant. Whilst the live concert disc itself is great with a host of beautifully constructed songs that you simply cannot get out of your head, the accompanying "Story of Smile' is an eye opener, showing Brian Wilson's naked torment at re-visiting the music that brought him to his knees all those years ago and then remained in the vaults for 40 years. It is all the more remarkable that he was only 23 years of age when he composed this masterpiece. For my money he is one of the greatest musicians of all time. This DVD is a must have!!

SOME OTHERS, NOT QUITE SO GOOD BUT BRUMBEAT -

THE GHOST GOES GEAR. This 60's film surrounding the music of the Spencer Davis Group is absolutely dreadful. I loved this band and how Steve Winwood must cringe at the thought of how 'uncool' it was to be singing the Bessie Smith classic 'Nobody loves you when you're down and Out' dressed in his pyjamas!! Click here for an eyefull: http://www.youtube.com/watch?v=WQEZQDKGLh4

JUST FOR YOU. This film was really just a line up of pop songs of the day but featured The Applejacks. The band was also in two other short movies, SWINGING UK and the sequel UK SWINGS AGAIN. This format must have been popular with the record companies because both of these 'shorts' reappeared as the film GO GO BIG BEAT

a sort of "Buy One get two Free' movie.

POP GEAR. The Rockin Berries appeared in the 1965 film 'Pop Gear' alongside a host of other Brit acts of the day. This film too re-appeared as sister of Go Go Big Beat, aptly titled GO GO MANIA. Berries clip: http://www.youtube.com/watch?v=cTojTyX_Hb0

FOND FAREWELL. Well all you instrumental 'geeks' out there will, I know, be saddened to learn of the recent passing of Bob Bogle, Lead Guitarist with The Ventures. A great group of their day who scored many a hit, particularly 'Walk Don't Run".....end of an era. 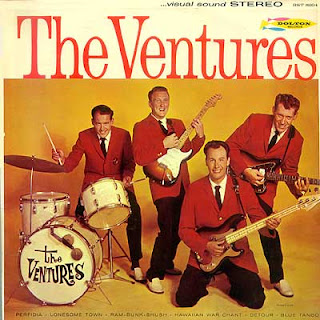 Isn't it strange that 'hip' American groups of the early sixties always appeared to be in their Forties?