Happy New Year everyone, and especially to all my new Feminist Friends

Sad to say that Gerry Levene passed away in December after a long,long battle against cancer.  Gerry, along with The Avengers had been one of THE acts to see in the early days of Brumbeat and although they never made it 'big' he has left an indelible mark on the history of Birmingham bands.  My condolences go to his family.

ASK BOB ADVICE SPOT...BOOKING HOLIDAYS.
BOOK YOUR HOLIDAY NOW.
End of the world freaks get yet another chance in May of this year, when the ancient Mayan calendar seemingly predicts the finish of us all, so get your holidays in around April  -  Another helpful tip from yours truly.

UPDATED NEWS FROM BRUMMIES ABROAD
Well it's been a year since I reported on my old Muso mates who now live outside of the UK so once again............Happy New Year to Brummies abroad, Will Hammond, Jimmy O'Neil, Pete York, Bill Bonham, Graham Ashford and Lee Stevens.

Graham Ashford (Bobby Ash, The Brumbeats) is on the path to full recovery under the palm trees of Hawaii following a recent neck operation.  Graham has also been rercording some new songs.  Graham is now the last surviving member of The Brumbeats following the recent death of Roger Hill.

Will Hammond (The Uglys) is still playing gigs in Spain and was honoured recently by being asked to opened a monument to some fallen soldiers of the Peninsular War. 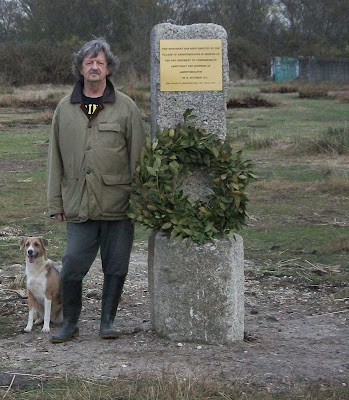 "I am a real supporter of the British Forces and it was an amazing honour to be asked to do this, I feel very priveleged".

Will and I had spoken last year about his old musical henchman Jimmie O'Neil and recently he gave me this 'Fab 208' magazine picture of Jimmy as the 4th Walker Brother. 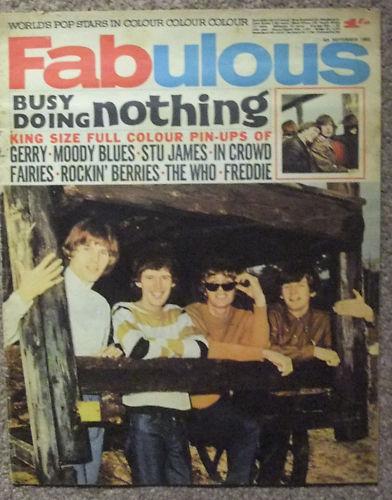 Bill Bonham (Terry Reid Group) is still working as a sound engineer for the Disney Corporation in California.

Norm Crandles aka Lee Stevens and The Satelites is still trying to master his golf game in the wilds of Ontario with occasional trips back to the UK to see the beloved Aston Villa.  Norm who never really liked to spend a lot of his dough, left the UK in 1962 much to the surprise of many of his mates and The Satelites!! perhaps the following clipping from The Birmingham Evening Mail could be a clue as to why he left so quickly...

﻿A prime example of 'cold feet' if I saw ever saw one but then again, a fiver could buy you the world in 62 - well avoided Norm!!
Happy New Year Everyone.
Bob
copyright: Bullsheadbob
contact:    Bobsbullocks@Gmail.com
Posted by Bulls Head Bob at 06:00 No comments: