Hello chums, Brummies, my friends around the world with a special mention this month for Sweden, thanks for dropping in and supporting the blog.  We all find ourselves in various stages of lockdown around the world and lately, moreso in good old Brum but us Brummies are made of sterner stuff and "we ain't gonna tek it lying down", although, to be honest, I've enjoyed the lying down bit a little too much and am yearning to be back up on my feet. 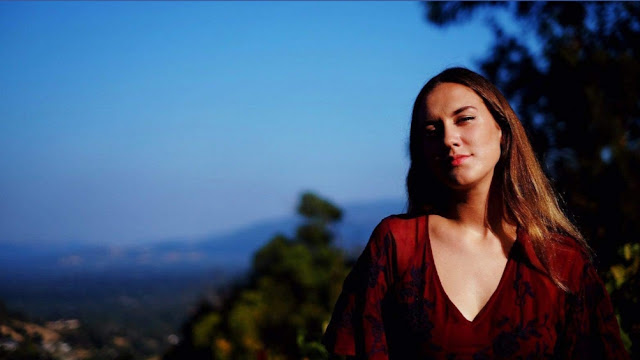 I have made no reservations about my respect and admiration for the incredible talents of Steve Winwood from the first time I met him in 63/64 to right now.     I dont believe he has any areas of weakness at all in his field of music and has been instrumental in influencing many aspirants to the cause of music as a fluid, ever changing form, by not being a rigid bluesman for example, he has dipped freely into the cauldron of change and endeared himself to many.  It will come as no surprise that some of his creative genes must have been passed on to his children.   If nothing else, this virus lockdown has made me listen to the radio more and just last week I found myself listening to a lady singing a slowed down version of Steve Winwoods "Higher Love".  "She sounds good" I thought, then in the chorus I recognised Steve's voice doing the harmony.

When I looked at the play list I saw that the lovely voice belonged to none other than LILLY WINWOOD and this is the first time I have heard her.  It would appear that back in 2016 this recording was used in the USA as the background music for a HERSHEY bar advert and bought her to the publics attention.  She has since released an EP "Silver Stage" and a new Album release is planned for 2021.   There can be a disadvantage to being an offspring of a famous musician and particularly if the offspring too wishes to make their mark in the music field.    I dont believe Lilley will have any difficulty in establishing herself as a solo force in her own right after having paid her dues with local bands in bars for some years and does not need the recording paraphanelia, predominantly Autotune, that other daughters of Brummie rock stars need.   So spend some time on the lookout for her new year release "Time Well Spent".    It shall be gracing my collection. Good one Lilly!

As a result of this months Swedish support, it is timely to remind you that Sweden played it's part in the early beginnings of 60's Rock music courtesy of HAGSTROM guitars.  They made some pretty awful guitars at first, as did most of the post WW2 firms and traded under the Goya badge in the USA.  Hagstrom as a Brand started with three consecutive models from 1958, the first being the hideous sparkly Standard 80, followed by the absolutely terrible plastic monstrosity that was the Kent or Futurama 2 as it was known and the third being their first foray into something that was more of a serious instrument than a toy, the Hagstrom standard 1, 11 and 111 loosely based on the Les Paul. As per photo below. 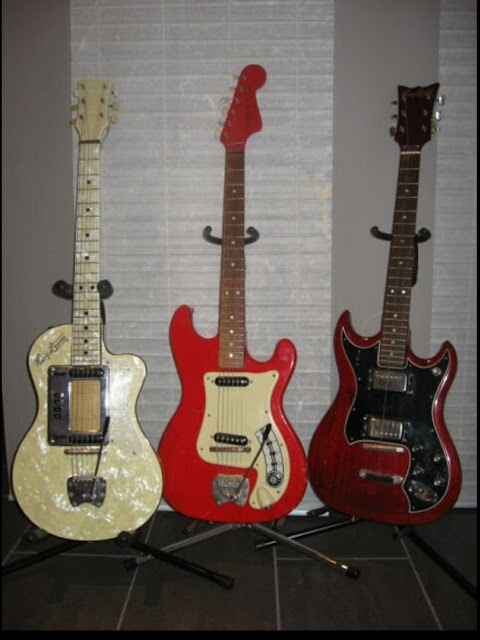 The company then made some serious guitars and made one of the nicest 335 style guitars in the form of the excellent Super Swede.   They are worth a look at if you ignore the wall hangar rubbish they made to start with.

I take this opportunity to remind you that not all old guitars are collectible, some are best deposited into a skip.

Here is a prime example of crap Russian stuff on sale currently on EBay, they are all awful but this one is probably the worst of them all.  Manufactured from aluminium, absolutely no expense or effort has been made to produce this shitpile.  It was probably made out of an old MIG fighter fuselage, although to be fair, there are no rivets showing, absolutely dreadful.  I think someone's asking 600 quid for it.  Hahahahahaha!!!! come on, let's grow up. 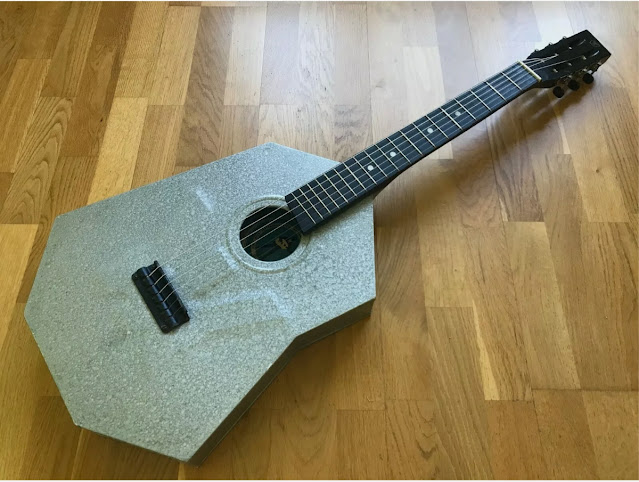 The Day the Music Died

I think we all know the Don McLean song American Pie and one of its hooks "the day the music died".  This was a reference to the death of Buddy Holly.  However I got a call from old mate Oggie the other day and we were discussing the lack of gigs or any kind of live performance owing to the Covid restrictions and we both thought that this could be the death knell for a lot of artists who have been going forever and whose names are known only to their age generation.

There are some who have been trading themselves as stars but in reality only had a small hit with a cover of someone else's song and are well past their sell by date with nothing new to offer.  Everything changes and music and style transcend the standard norms that have been around for far too long  and have become too predictable and boring.  We could be at that point now, during lockdown where, like me, people have started to listen to new artists and have started to forget some of those self appointed "stars" of old. In truth there are some I'd gladly see the back of.  It will be interesting to see what happens when the entertainment industry gets back into action.  Maybe its not the day the music died but the Day we forgot to remember.

Above all remember that our frustrations and bad moods at being trapped inside or in constant close quarters can lead to a bad day for all those around us.  We have an obligation to support our families and it is better to find ways of keeping our relationships safe, secure and loving.   So before you go complaining about little irritations, take a breath and think "do I really need to react badly to a trifling annoyance".  It could be the difference to a good day turning bad.

Love the ones you're with and keep safe.