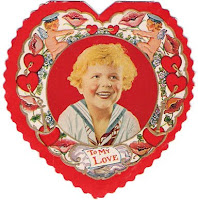 So then, February came and went in a trice. St Valentines Day was it's normal occasion, I was swamped, naturally, with card from my horde of admirer, the lovely Lucy. I went down the pub and chatted with the other members of The Gang of Four, Nobber, Crazy Malc and Mick the Plumber about the sad state of the music industry. The rumours of Abbey Road being sold and EMI being a billion pounds in debt brought the normal raft of swearing from Nobber, "F****** downloads have F****** F***** the F****** buisness and all those corporate soul-less F****** B******* like that F****** S***** T*** S**** C***** are responsible and should be deported to some distant S*** Hole".

Personally, I think Nobber is still smarting a bit at not getting a writers job with NME. He constantly fails to believe that his limited F****** vocabulary could be a factor. Added to that is the fact that he is older than 14, doesn't have a Daddy in the City, lacks the child-like mental age of the current writers and worst of all - he is extremely knowledgable about music, a factor which dramatically precluded his selection.

Alicia Keys singing a few notes with Jay Z, the quality and class just oozed from that woman, a true, wonderful vocalist. No gimmicks required.

LOWLIGHT:
Meanwhile, at the gimmick end of the stick was Cheryl Cole's corporate performance. So that's how you do it? Steal Kylie Minogues fashion ideas, the hat from my milkman Stanley, then steal Michael Jackson's trapdoor stage entrance AND dance routines.

The thing is this, when M Jackson made his sprung-trapdoor entrance onto the stage, the crowd went crazy and he stood there motionless, for what seemed an eternity whilst the fans roared their approval, why? because he was a huge star with incredible charisma. When Miss Cole was fired into the air for her entrance, the audience response was more akin to the sound experienced when entering a doctors waiting room - silence with the occasional throat clearing.

It was one of those 'verging on the embarrassing' moments as she stood there waiting for the silence to die down!

Aah, what an individual talent she doesn't have. Never mind Pet, and it's such a pity that the music was crap too.

DAVE BALL
Well here's some hot poop. Brumbeat guitarist Dave Ball is planning a return to the UK from the shores of New Zealand and surprisingly, wishes to return to the life of pain, hardship and misery as a musician! Some people never learn do they? 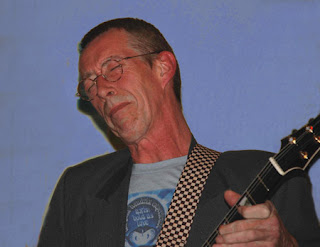 Dave having a blues snooze!

Watch this space for further news.

YOU GET THE BIGGEST CRABS IN BIRMINGHAM
Or so it would appear from a recent picture in the Birmingham Press: 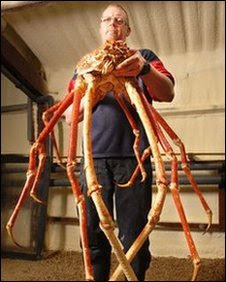 "It started with a little bit of itching in the Y Front area" said Norman Polethruster.

SPOILED FOR CHOICE. It's a real minefield trying to buy a set of guitar strings these days. I feel quite intimidated when faced with about twenty different Makes of string and even more choices about weight and thickness etc.. I was much happier when there was only one choice: 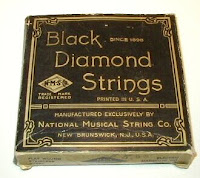 For the un-initiated, Black Diamond strings were the mainstay of British guitarists and bass players for some years in the sixties. Why? - well, there weren't any other wire wound strings available, its that simple. They came in one thickness - very thick!! 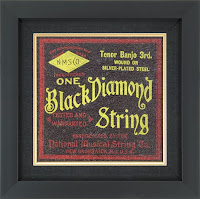 With the advent of the Beat Boom, guitarists found it better to dump the G string provided with the set, using the second string as a third, the first as a second and then you purchased a Banjo string for the top E or in my case, at times, used two E's. Bending of notes was so much easier from then on.

There was a country song written about them too by Guy Clark "Black Diamond Strings are like white flour and grits, you buy Black Diamond strings cos' they're all you can git"

AND FINALLY....
Remember The Bobcats? A group of Brummie schoolboys who were genuinely, a good little band and recorded a single for Pye. They also experienced a level of fame that many groups would never achieve, for a short while. They appeared on TV programmes like Blue Peter, Crackerjack and even David Frost. They were managed by John Singer who promoted a publicity campaign headline stating that they had been given a contract "worth Twenty Thousand Pounds!" - who to? I thought. I know its bad to laugh at your own jokes but I laughed about that one for ages! Some members of that band are still playing....good on you guys.