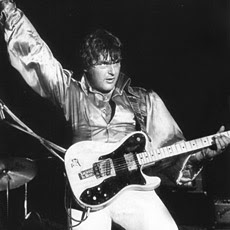 MICK GREEN - THE PIRATES
My very first guitar hero has sadly taken his leave of us. As a young guitarist, Mick Green was my inspiration as an attacking guitarist, his style of playing was agressive and effective and I always associate the Telecaster with that man, more than anyone else.

He had been reared as a professional guitarist backing that brilliant showman Johnny Kidd (Shakin' all Over) and to have had him as a theatrical inspiration showed because he was no slouch himself when it came to giving his 'all' on stage during performances when The Pirates reformed in the 70's, to carry on with their attacking style of play.

With those machine-gun like, stabs and chops of telecaster treble, punctuating The Pirates solid rythm section, they blasted through a high energy set to huge crowds who were eager to experience what the beat group phase was all about. 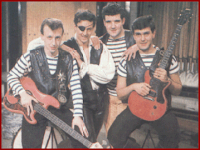 I was fortunate enough to have worked on the same bill with him on a couple of occasions, also when he was with The Dakotas and was backing Billy Fury. The first time we met we were sharing a dressing room, he must have seen my chin hit the floor as I walked in and saw him there - I was face to face with my personal guitar hero. Luckily for me, at that time, I was playing a Gibson TV (pictured in Micks hands)which used to be his guitar of choice whilst in The Pirates so we had a real starting point for a couple of nice conversations. I found him to be extremely generous with his time and advice.

Mick Green was a truly wonderful guitarist and had worked with everybody of importance, including Van Morrison, Bryan Ferry and had latterly featured with Paul McCartney, recording the excellent CD "Run Devil Run" where he was in the line up of McCartney's band alsongside rock hero's David Gilmour and Ian Paice. Mick Green was not out of place in that company, in fact I think David Gilmour would have been daunted by him. This CD of R&R covers took him back to where he really excelled, playing hard Rock and Roll whilst Gilmour almost floundered about noodling.

For me, he will always be the guitarist for The Pirates. Aggresive and inventive. I'm sure that Wilco Johnson and Jimmy Page have a lot to thank him for. A great loss at the age of 65, so Ladies and Gentlemen...a round of applause for our dear departed King of Beat Guitar, the beautiful Mick Green.

BURNS GUITARS. You know, young musicians of the early sixties were always regarded as foolish layabouts by the general public. Electric guitars were seen as a 'fad' that would disappear when the next generation of instruments came along. A click on the following link Burns Guitar 'short' shows quite funnily how pop musicians were regarded http://www.youtube.com/watch?v=Mls08C1ukHM

ACOUSTIC BLUE
A couple of months back I mentioned The Chads and, like magic, a real live 'Chad' emerged in the form of Keith 'Noddy' Harrison, the Chads ex drummer. Noddy had been attending the funeral of Mick Adkins (Chads and Sundowners) and whilst there got into conversation with guitarist and music afficionado Bob Boden. Well you know what musicians are like, a short conversation led to a further meeting for a drink where a 'get together' was arranged just to play a couple of songs in pleasant, likeminded company.

It took no more than that session to convince both of them that there was a possibility to play together as an act and so Acoustic Blue was born. The duo decided to feature the music of Sonny Terry and Brownie McGhee, Clapton, Chris Rea, Gary Moore, Lightnin Hopkins, Dylan etc... as well as some of their own compositions.

Bob Boden had been a folkie for some years but had leanings towards the blues and Noddy had experienced playing all those blues standard, but faster, with The Chads during the R&B phase that swept the nation in the mid sixties. "We seemed to click straight away and it felt natural to get back to playing" said Noddy. They decided to go 'acoustic' with Bob on guitar and Noddy employing Bongos and Tom Toms and also blowing the blues harp.

I remember very well as a really young kid of about fourteen trying to wangle my way into little jazz/blues clubs in the inner city. A lot of the times I had to listen to the music from outside because I would be refused entry owing to my age, occasionally however, I could sneak in when the bouncer went to the toilet or to attend a fight. I saw many of the early blues hero's in those smoky, hot places and was captivated by the sheer rawness and emotion of the performances they delivered.

I believe there is nothing better than purity in music. There are times when technology should be scrapped with it's homogenous and lifeless backing track sound. This outfit's aim is to produce that purity in an acoustic form. They have done a string of successful gigs so if you're in the market for a bit of natural sounding blues music keep a lookout for any of their future performances. Acoustic Blue can be contacted at: kharrisonchaduk@yahoo.co.uk

It's great to see that some of us are still performing the sort of stuff that we excelled at and I wish Acoustic Blue a good future.

HERE'S A NICE PICTURE... THE VICTORS. I publish the attached photo for no other reason than I really like it. Thanks to Ken Reeves for sending me this little gem(pictured on the right). The Victors were formed to back the late Nicky James but Nicky James being Nicky James meant that it was all a fools errand. Nonetheless, the band carried on, on their own. 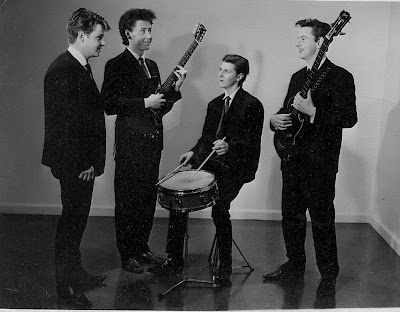 It's so evocative of the time and fashion. Nice pair of Gibsons there too. I simply LOVE this....Great facial expressions. I'd like to see other photos of your bands if you have them available. Sorry, I can't visit your homes to see them so, if you have a scanner available... 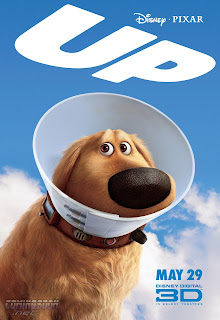 ...the cone of shame!! If you only get to see one movie this year at the cinema make sure its 'UP' by Disney (Pixar). It's incredibly funny, full of pathos and its also in amazing 3D!! Even better if you are into herbal 'jazz'.

OK folks thats about all from me this month except to wish all the Villa fans the greatest success at WEMBERLEY for the Carling Cup but please get behind the team AND the absolute best Manager they've had in Martin O'Neill. UTV...

Cool blog as for me. It would be great to read more about that topic. Thnx for sharing that data.

My friend and I were recently discussing about the prevalence of technology in our day to day lives. Reading this post makes me think back to that debate we had, and just how inseperable from electronics we have become.

I dont mean this in a bad way of course! Ethical concerns aside... I just hope that as memory becomes cheaper, the possibility of uploading our brains onto a digital medium becomes a true reality. Its a fantasy that I dream about all the time.

I just wanted to introduce myself to everyone!


hopefully this is just what im looking for looks like i have a lot to read.