WILL THE REAL MEGAN DAVIES 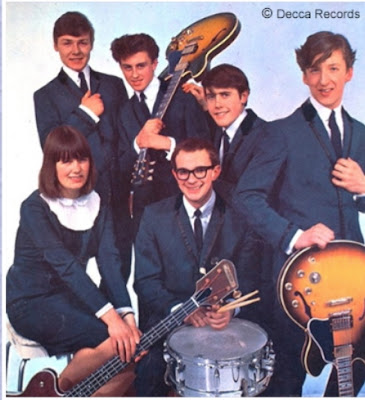 Should you type Bulls Head Bob into Google you will find me, rightly, topping the Google page but just lately I am being sought after by those who are seeking a fitness path which is not that strange when one has a perfect body like mine,  just ask Mrs Bob.  People often ask where did I get that stomach from?
Now, Megan Davies is a Brumbeat hero for who I wrote an article on her fame as the Bass player for the 60's Brummie band The Applejacks adding that she was the first female bassist to ever feature in a successful rock band to boot!!  She was the only Megan I knew and went on to be a success in the nursing profession for many years but still plays.     However, like the old adage says "Theres another one behind", when referring to buses, we now appear to have a panoply of known Megan Davies'.  Megan the Bass above and below, Megan the singer and Megan the Muscle. 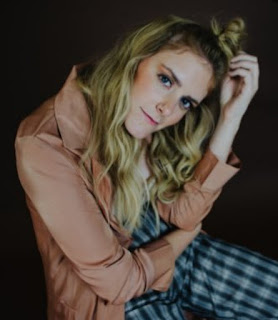 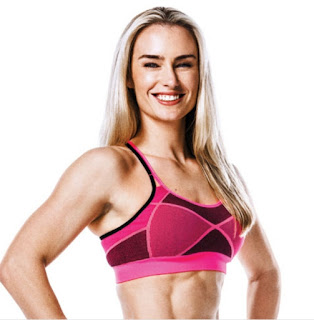 Now I do have a greater affinity to the first two Megan's musically but thought I would take the opportunity to welcome the occasional readers seeking "Megan the Fit" and maybe pass on my own advice on developing a body shape for the older Musician in one easy lesson
BOBS FITNESS ROUTINE.

Being forced to stay indoors can be detrimental to your health once you reach the "fuller figure" body shape but you don't have to go the gym to stay in condition, there are things around you at home that you can use to keep you in tip top form so let's forget them Covid Blues and 'get it on', starting by working on those bulging arm muscles and the Stomach.  No spandex leggings required either, not unless you're a heavy metal freak with a meagre wardrobe and terrible taste in clothing.

The objective of my own formulated regime is enjoyment, even for those old, fat Bass players who live on misery, re-soldering guitar leads and smoking weed.  They can only imagine their wife, girlfriend or boyfriend giving them admiring glances as the sweat runs off those big arm muscles whilst playing their "Axe"?  I mean, who ever gives a monkeys about Bass players?     I am a Singer and Lead Guitarist so naturally am accustomed to getting admiring and lustful glances from the ladies and the boys but that's no excuse or exemption from physical exercise over and above my hyper-active sex life which can be very demanding in calorie burning terms.  OK here we go!

Get yourself in a comfy sitting position, with two glasses filled with liquid, one in either hand.  Now exhale whilst raising each glass to the mouth alternatively, left right, left right taking a small sip from each glass without spilling until they are empty.   If you're a novice start slowly and build up your speed and confidence or 'sip-rate' as we call it until your rythmic, airflow, sip-rate hits your own comfort zone.  You can then safely move on to a bigger glass size that holds about one pint of liquid or if you're brave start with the heaviest and "feel the burn".   I purchased the top of the range "four barrelled" set of equipment from Germany, which came with an assistant pictured below for when you want to concentrate on your stomach form and give your own arms a rest. 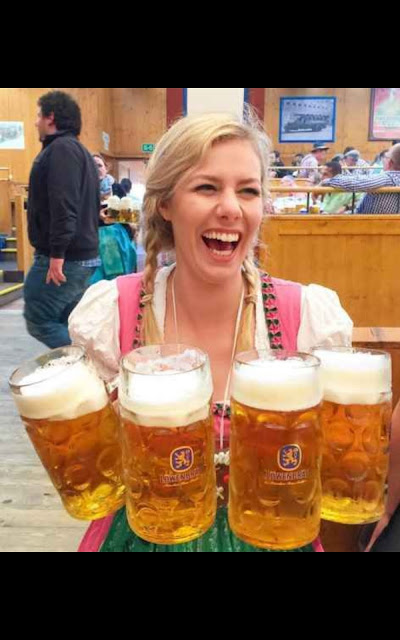 I found that you can increase your metabolism to BURN THAT EXTRA FAT by watching Aston Villa games whilst "exersipping" although it can cause severe sweating, so maybe not something for the weak of heart.  Keep a towel handy..

The swinging 60's wasn't just about music and fashion it was a movement of radical change against those antiquarian attitudes of class ridden Great Britain.   It was powered by the youth breaking those social shackles and coming together as a movement breaking down barriers.    Birmingham was alive with music and good vibes, the better known bands would hang out at various nightclubs after gigging where we would be welcomed with open arms by the Fewtrells at the Cedar Club or Don Carless at the Elbow Room.   However, a few of us musos had another more exclusive hangout, "Sid and Brenda's ". 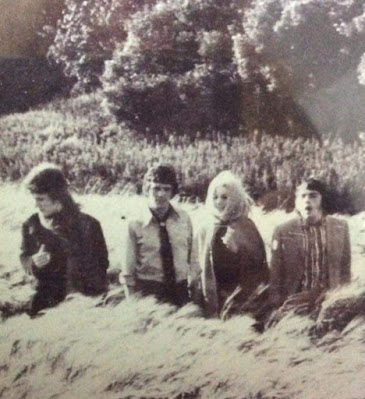 They were a hip and 'arty' couple who knew all the great writers and artists and had the best and most modern music available.   Sid was an artist and importer of Indian instruments and Brenda was a complete music fan and seeker of truths with regard to religions and cults but more than that, was a soulful, funny, kind and warm person who would have me in stitches at times.  She was also the person who helped me recover from a dreadful period of my own life, when I had no-one.

When Traffic formed and moved to their farm in Hampshire Sid and Brenda would be regular visitors, privileged to hear them writing and playing things like Dear Mr Fantasy and other gems of that bands psychedelic era.   The photo of Brenda's is Steve Winwood, Jim Capaldi, Brenda and Chris Wood at the farm.

Their marriage came to an end but I always kept in touch with Brenda even when I was living overseas.   We would always have a laugh whenever we spoke or met up occasionally.    I was shocked to my feet when, sadly, Brenda passed away in February.   She wasn't famous but she was a known face on the scene during the 60's who was loved by her many friends, musicians, freaks and 'night people' from Birmingham.   So goodbye old friend, you are always in my thoughts.

Should you be a friend of Brenda's and would like to be a part of her virtual service you can login live on 18 March 21, the service will be conducted by Dave Scott-Morgan and eulogy read by Gordon Jackson, see below for details and login details. 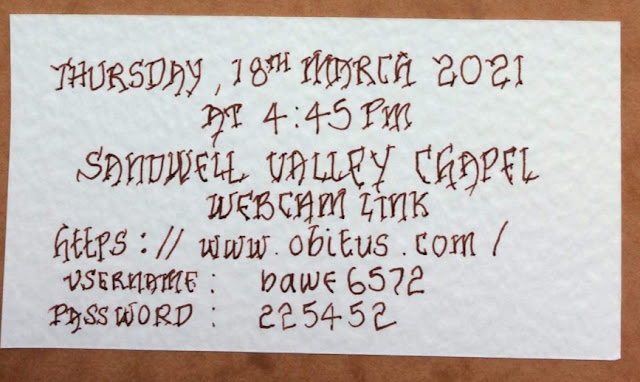 The Covid situation in the UK is the best in the world, the NHS is the best care system in the world and we are free from the mess that the Belgians and French et al are in thank goodness.    Me and Mrs Bob wish you all good health, happiness and peace.

Get Burning that Fat but remember..buy your Fitness kit in Great Britain