An habitual truant, on balmy summer days I would laze under the shade of a tree in the nearby park, with my Bells of Surbiton Guitar Catalogue or any of the other advertising blurb I had on electric guitars and dream away the days. The naivete of youth, combined with absolute self belief was predominant in those who thought about 'leaving the garage' to become a music star.

Success didn't arrive for most but there was one thing for sure, it was still a great thrill and experience to play with other people in a group situation, learning all those classic songs and instrumentals.  The first night my group learned 'You really Got Me' was brilliant, we played it all night, time after time just enjoying the pure magic of that song with it's simplistic riff.  We were laughing with excitement and I was certain that music could be an escape from the factories of Tyseley, that grind of 8 till 5 and the smell of cooking from the Golden Wonder crisp factory didn't hold much of a future for me.
'POP' GEAR
It was all such great fun, getting together to make music and earning a bit of money too, you were sure that you were better than the group you saw last week at the Youth Club!!    A little later on you discover that being in a group means a lot more than just playing the music, if you want to play anywhere, you immediately have transport problems and a search would have to begin to find someone with a van who would take you to the gig and hopefully come back and pick you up at the end of the night for a couple of quid!   We had our share of 'one night' drivers with assorted vans.

A point, arrives though when you have to get your own van.....which of course is just more expense to be deducted from your gig money.

The reality of it all was though, those group vans were absolutely great and we had some incredible fun.   I think I must have driven the entire length and breadth of the UK several times over, in various vehicles back when we played every night, so here's a very brief trip down memory lane.

THAMES TRADER
The most popular van of the early sixties by far was the 15 hundredweight 12, seater, Thames Trader 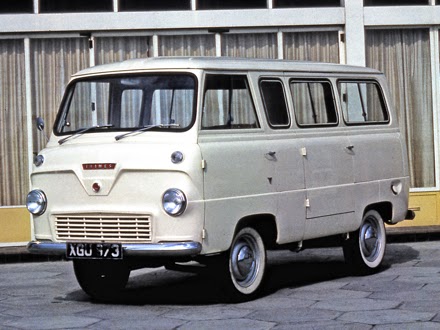 a real stunner this, built by Ford, really spacious inside with 12 seats.  The Beatles and Brummie band The Conchords had one just like this I recall.  The majority of the vans though, were the enclosed type like this one below 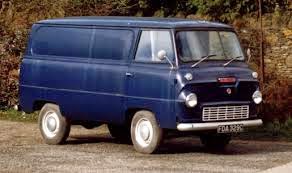 and some bands had their names painted down the sides.

I came across this great Ford promotional Youtube clip called BAND WAGON and it's worth a watch if you want to get a taste of yesteryear.... and particularly this vehicle.
Click the picture below to play

COMMER
The Move's first van, I seem to recall was a white Commer similar to this one below, The Uglys too had one but with a built-up roof: 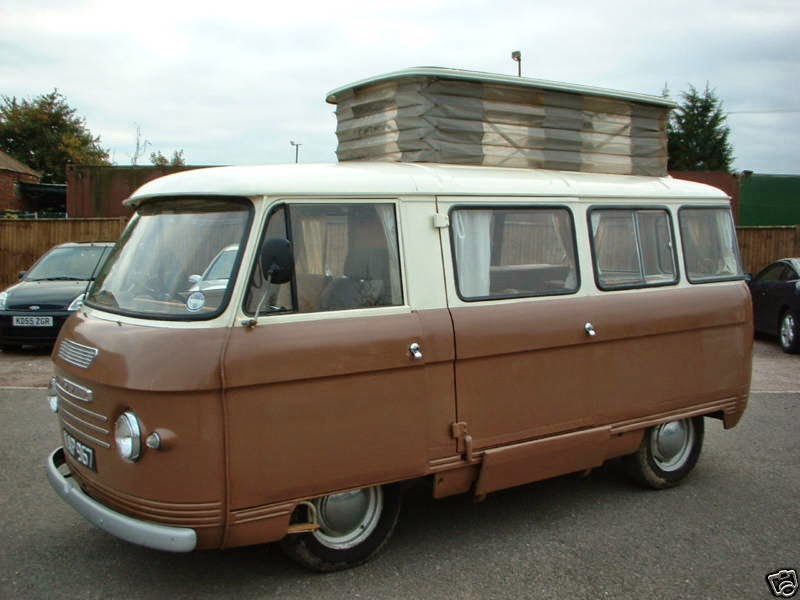 Exceptionally comfortable, great all round vision and a bench seat across the front.  I think it used to 'roll' around a bit though when fully loaded.


The J2 was a great van and it could hold all your kit, the band
plus 'guests'.  We had a regular van owner/driver who had a large family and would make up his wages carting us around, poor sod had to keep washing off the lipstick after every gig, during the 'screaming phase', deep down though I think he quite liked the attention he got.
It was also another van used by The Conchords.

Not every band was as fortunate to have a man with a van and there were many strange and sundry vehicles transporting would be musical heroes around the UK. There were also the novelty type vehicles, The Undertakers who travelled in a hearse and Brums The Yamps with their ambulance which soon got adopted by several other bands.

I think our first van was from an auction and cost 12 quid!
It was an ex bakers van and  I remember getting in it for the first time and still smelling bread.  It only lasted about two weeks before the smell of bread was replaced by burning oil!! it gave up the ghost but at least we had bought our first transport.

Of course we were all awaiting the arrival of the best group van ever made, the immaculate
FORD TRANSIT 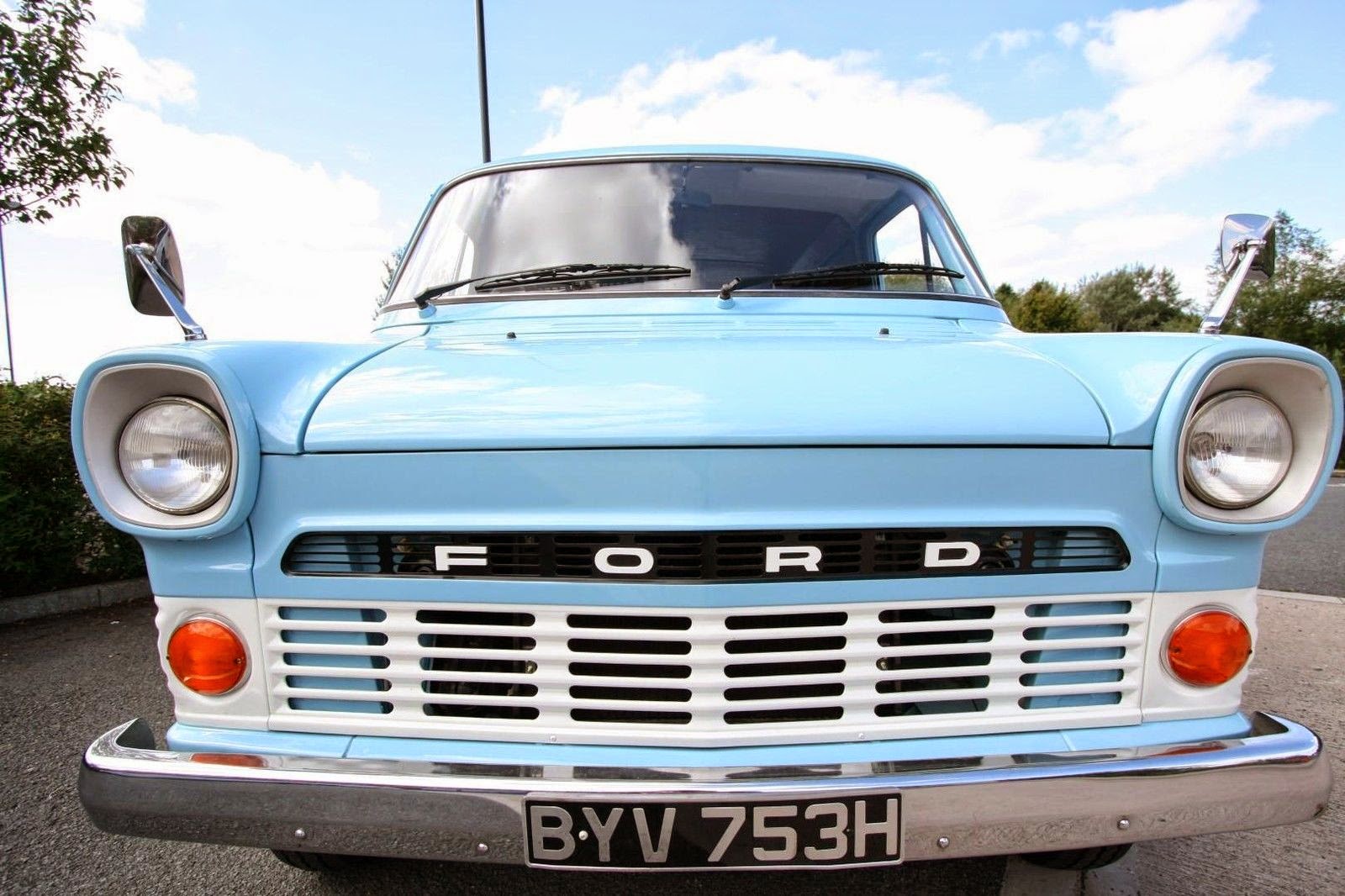 What a brilliant van this was! and it was very stylish too, for it's day.   With the advent of much, much bigger amplifiers, the old Thames Trader sized vehicle was too small and Ford introduced the most iconic of band transport, it was a real gift from the Gods and it ran and ran and ran with hardly any work done on it.  I say that from the point of view of being the guitar player rather than the roadie, for all I know he was perpetually under the damned thing.   I miss those days of travelling around 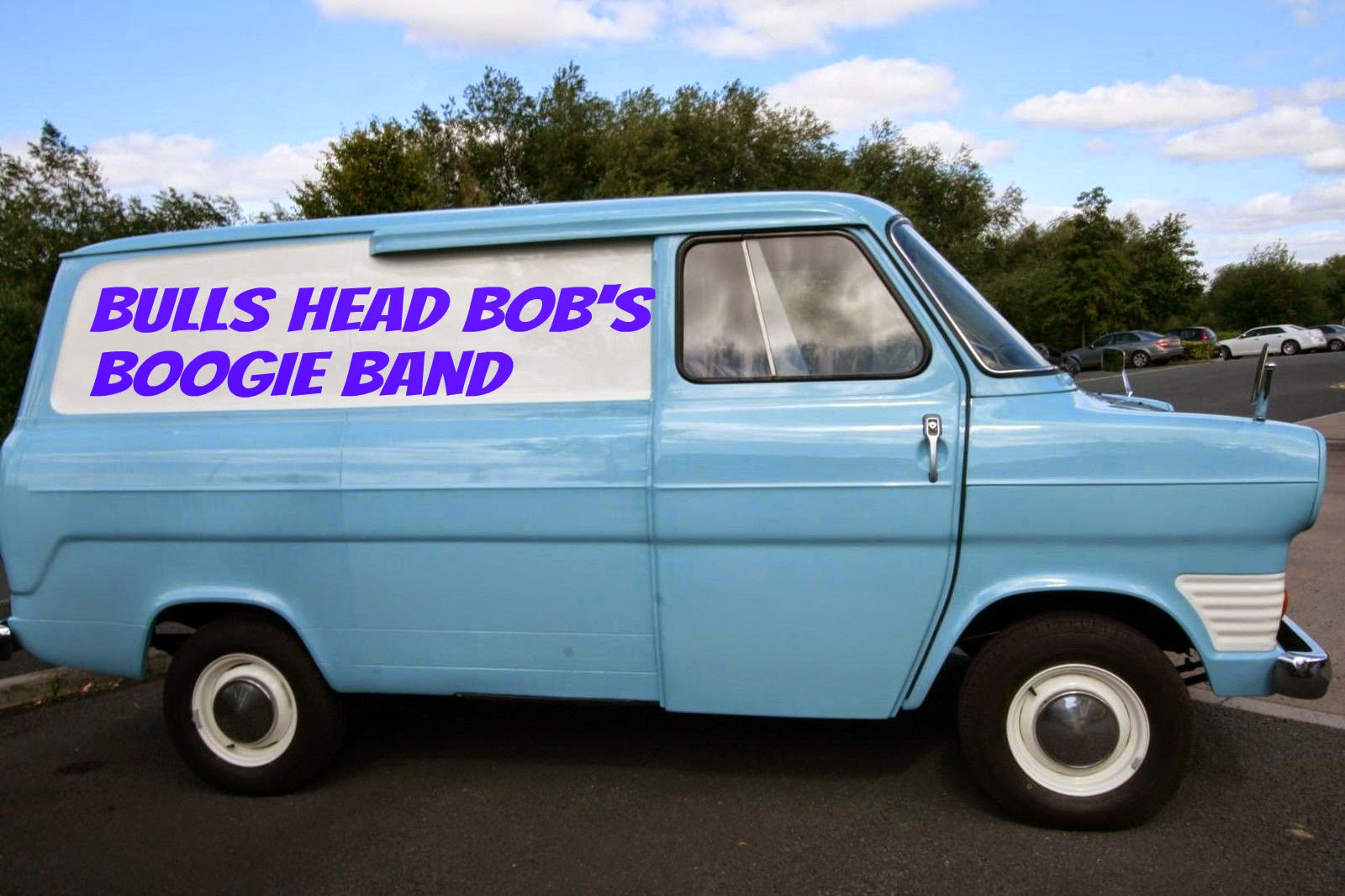 in a Transit though.  That will never happen again, I'm sure that, in the 60's after 11 o'clock at night the only traffic on the M1 going between Brum and London was vans full of groups.  We had ours fitted out with a comfy 3 seater settee in the back and a nice 12 inch speaker to listen to the radio with and we also discovered that you could reach under the dashboard and use the windscreen heater hose to dry your hair with too.

The Transit also came in a long wheel base, 30cwt variant, which is what most of the more successful bands ended up with.
THE NOT SO POPULAR


The smaller Bedford van of the day was this model, the Bedford CA.  It was used by Brummie blues band The Blueshounds
An ugly, pug nosed contraption with sliding doors.  Only two could sit in front and it was incredibly cramped in the back, not really the ideal sized group van. We would generally sit on the amps, rather than a cold floor.  If you owned your own van you would have put in a small sofa or made a bench seat to put behind the driver.  The one good thing about this van was the engine cover was in between the two front seats so it was always warm! 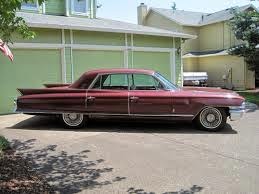 I remarked on what appeared to be the rear part of their van in the background and Brian Nicholls sent another picture showing it in all it's glory.   It's clearly a 1950's Bedford Light commercial and it probably had HM Prison Service painted on the side of it in a previous life.

Brian told me it cost 20 quid.  And as you can see, it's as streamlined as a brick.  It is the very antithesis of the Fleetwood that the group named themselves after.    What must the punters have thought when they saw this rolling up?

For the keen eyed musicians, you will see that the bassist is playing in C, Brian in E and the rhythm guitarist in F7.  This must have been taken by the bass players Dad cause he's the only one in focus.

If you think that this Bedford was dreadful, I've saved the best for last and I make no apologies for featuring The Inca's van again. 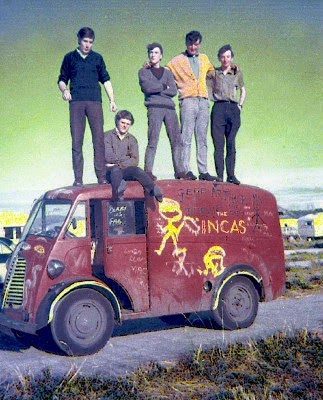 Yes, here it is, The Incas with their Morris J.  This vehicle was designed in 1939 and produced up to 1951.   As mentioned earlier, some bands painted their name on the side, The Incas painted their van with a yellow man balancing on a little yellow boys head whilst throwing a hoop over a hedgehog on a log and it appears to read The Oincas.  I think it's only the paint that's holding the van together.

So there you are, a little taster of those old wagons, goodness me those were the days.

With the world being filled to capacity with cheap Chinese 'knock offs'
anyone can own their dream guitar, visually at least, for a couple of hundred pounds or dollars and it's not a lie that some of these guitars really look the biz.  But should you wish to own a genuine classic guitar as an investment, can you trust sales of advertised original Stratocaster or Les Paul dinosaur classics any longer, I think it's risky business.

If you are clever though, you would go about your business looking for those classic guitars slightly down the price category and one that I would consider buying is this little beauty! 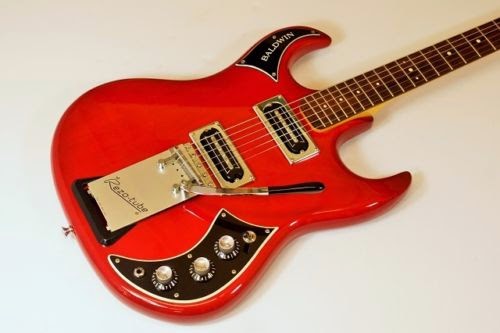 What a cracker of a guitar, 1965, the height of the beat generation, brilliant condition.  A scaled down version of the grotesque lavatory pan that was the Black Bison, this is a stylish guitar and looks beautiful front and back.  Red and Black and fitted with their own REZO-TUBE tremolo and beautiful V shaped headstock it just looks so well put together, very nice indeed. 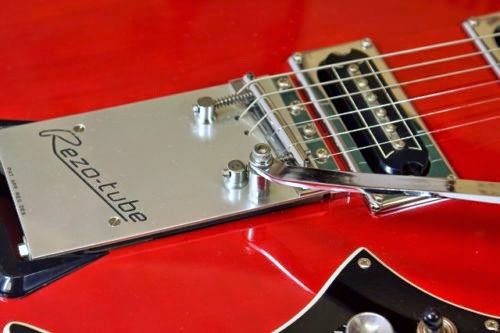 What's more significant in showing the collectible value of this guitar is is that some guy in the States is selling the small plastic name badge from the headstock of a Baby Bison and the asking price is 100 bucks simply for that!! 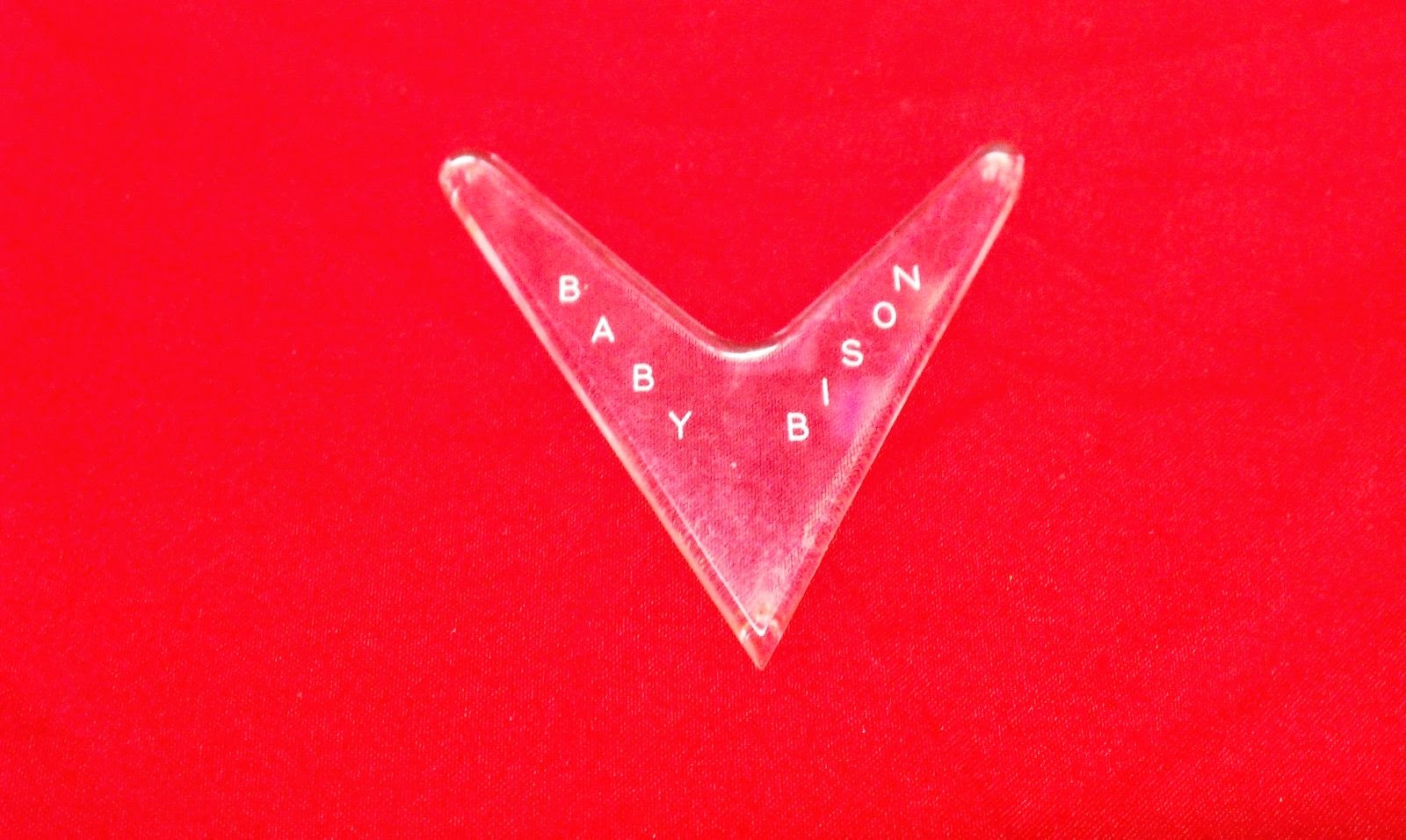 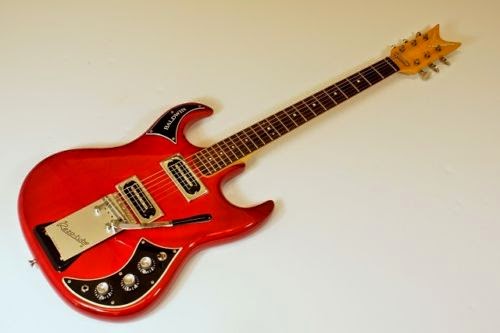 It appears to be in beautiful nick, so you could always ask some questions and then you could stick it in a glass case if you just wanted to admire it's beautiful space age looks.  This is the type and make of guitar that will become a real collectors item.

It's for sale on Ebay, with a buy-it-now price of 999 pounds.  These, my friends are few and far between.  The sale finishes on 12 August.   Better than money in the bank.  If I had a grand to spare and I was satisfied with some answers, this would be mine.
MIKE BURNEY
Disappointed to report that ex-Wizzard ace sax player Mike Burney is very poorly at the moment. A note to his friends......Knowing that people care enough about you is a tonic for the soul and it doesn't cost anything more than a little of your time.

Next month.  'Dear John' a letter to BRUMBEAT'S John Woodhouse reunites mates from 1962 with a great background story.