SEPTEMBER - Spotlight on The Redcaps

Why is it that I allow myself to be such a thick git!? Last year I took advantage of the Autumn sales to buy myself a 'top of the range' Barbecue that wouldn't look out of place strapped beneath the wing of a bomber. It had been reduced in price but still cost more than a good night out. This 'Summer?' I have just watched the rain fall on top of it from the safety of my dining room. When there's a break in the clouds, I run out and empty a gallon or two of rusty water from the thing. 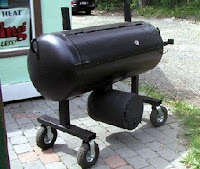 Why isn't it in the shed you ask? - because I also bought three soddin' huge sacks of charcoal, at the same time, that now occupy my shed space and they are stacked on top of my 'Life Bicycle' (another Best Buy from the year before) where now, a happy band of very fit spiders live suspended from the handlebars. Did I really go to all that trouble and expense just for a burnt sausage? I gotta think about retiring to the sun............I'm coming back Willie, get the wine out!!

If there was one midlands group who defined 'Brumbeat' for me, it would have been The Redcaps. It is with some regret that there is no biography on the website for this incredible band of the early sixties but even if there was, words alone would not do them any justice because you HAD to see them live to know just how great they were. The group featured brothers Dave and Mickey Walker on vocals and bass respectively.
Overall, The Redcaps had the musical drive and gut wrenching sound of a tank with a turbocharger, great high-energy guitar work and rasping saxophone with Dave Walkers soulful and bluesy vocals complementing the bands tight sound perfectly. Mickey Walker, playing his Gibson EBO bass, worn, characteristically high on his chest, worked beautifully with drummer Allan Morley to form the 'Heart of the Beat' that thundered through their set. 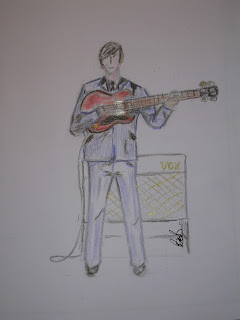 The Redcaps were amongst that first batch of groups calling themselves as a collective name instead of having a singled out frontman, i.e. Ego Maniac and the Shitheaps. They were also one of the first bands I ever saw 'live' that has had a lasting impression on me. This fact may make me a little prejudiced towards them in my memory bank but I can say, in honesty, that I never saw ANY other Brummie band who really came close to them. They were one of Ma Regans groups and in 1963 she secured them a Decca recording deal that saw the release of a cover of the 1959 Isley Brothers classic "Shout" - predating the Lulu hit by a year. Unfortunately for them it didn't click with the record buying public but was a brilliant live performance number. I have just listened to that very single whilst bashing this article out and although the primitive recording equipment (four track probably) used in those days did little justice to their raw sound, Dave Walker had real gravel in his voice. The Redcaps released two further singles: 'Talkin' Bout You' (1963) which was more in the vein of their R&B stage act and their final offering in 1964 'Mighty Fine Girl'. The latter single had more of a commercial 'Billy J Kramer' sound to it which wasn't really to my liking but the music scene was undergoing a massive change of direction and was becoming more melodic in its output. For my money, had they or Decca concentrated on their R&B image. I don't think they would have been out of place in the company of the Rolling Stones or the early Yardbirds.

I mentioned a while ago, that Kex Gorin, me and the two 'brothers Walker' jammed together at the Rum Runner one night. It really was special to play with those guys who had been my early inspiration. If you never saw this group, you missed something special!!!! A group like them only came along once in a blue moon and I'm glad that I was there at the time, in smokey venues -moonbathing. This was not a group for lovers of mediocre bands that played at working mens clubs. This was a seriously good group. We do have a photo of the band on their bio page but only as a four piece oufit. If you were a member of The Redcaps PLEASE, PLEASE CONTACT ME.

FARE THEE WELLS...... ISAAC HAYES. It was a sad day indeed when the announcement of Issac Hayes death was issued, not so much for his Simpsons character or for 'Shaft' but because of his songwriting credits - 'Hold on I'm Coming' or "You dont know like I know' that he wrote for Sam and Dave along with a host of other compositions. In the sixties you either heard those two songs in every club or naturally, a lot of bands played them live.
JERRY WEXLER. For some reason the death of Isaac Hayes overshadowed the passing and importance of the incredible Jerry Wexler who died at the age of 91. Wexler was the person who actually coined the phrase 'Rythmn and Blues' when a journalist. He later went into record production and was responsible for literally hundreds of landmark recordings including Bob Dylans' 'Slow Train Coming', Dusty Springfields' 'Dusty in Memphis' (A must for any serious collector of good music), Wilson Pickett, Aretha Franklin and he signed Led Zeppelin to Atlantic (on the recommendation of Dusty Springfield). He stated that on his gravestone he wanted just two words - MORE BASS! - May his memory deservedly live on.

HELLO HELLO I'M BACK AGAIN. Gary Glitter has returned to the UK after a 3 year residency in a private Vietnamese hotel, reportedly he's thinking about releasing a new CD. Just a thought here - perhaps he could form a trio with Jonathan King and Michael Jackson, that should sell well???
Take Care You'se Guys and remember a bird in a bush was always worth more than two in the hand!

Labels: Spotlight on The Redcaps