On 27 June 11.30 a.m. a plaque commemorating one of the greatest Brumbeat gigs/dance halls, The Ritz, Kings Heath in Birmingham was unveiled.   I applaud anything that is done to preserve the history of those great places in Birmingham that we all loved to play at as musicians and, of course, it's significance to the millions who attended as members of the audience too. Throughout the 60's The Ritz along with other Birmingham and midlands dance halls were temples of live music, packed to the gills with swarms of girls dancing around piles of handbags. Maybe three of four bands on a Friday,Saturday or Sunday night played there and if you had any musical ambition at all, your objective was to appear on that stage.  Aspiring young musicians would huddle at the edge of the stage watching more experienced guitarists, making mental notes of chord changes or jotting them down in a note book like a train spotter. 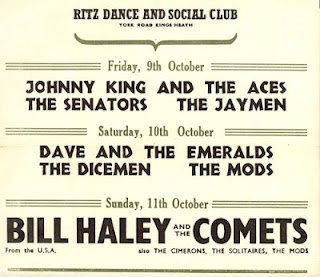 I was quite excited when I first heard the news about the Ritz Plaque, thinking that the City Council would be honouring this hallowed Brumbeat venue.  It wasn't long though before I started to have my doubts after hearing about the "Walk of Fame" being associated with it.

It was a fairly nice day weather-wise and a couple of hundred familiar, but older, Brummie musicians faces gathered around the former entrance to the Ritz and a quick look around showed that all but one or two were from members of the Brumbeat groups of the 60's plus a couple of UB40 members.   There they were addressed by a chain of shopkeepers and a man with a chain but not one of those speakers had a clue about how important this venue was to the assembled muso's.  Someone mentioned to me that it should have been those in the audience making the speeches.  It is a shame to think that the very same crowd of people who made that history at this venue and who took the time to come and remember have been all but forgotten and ignored by the City Council and organisers of this Plaque business. 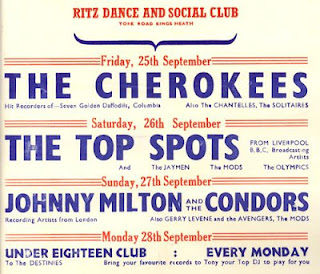 Here was a unique opportunity for Birmingham City Council and the Kings Heath Planners to acknowledge the great Birmingham bands that played there and were heroes in the City.  Some of these bands packed out The Ritz and the other large venues in the Birmingham area week after week . The Councils answer though to their walk of fame is to put down pavement stars of the more famous acts that played there such as The Beatles and Stones.  That's all very well but where is their display of pride for the Birmingham music and musicians that appeared there?   They are either completely devoid of interest, have been badly advised or have a blinkered commercial view of what is important.   They only had to look at that assembled crowd to see who it was that important to but come to think of it, they wouldn't have a clue who the crowd were. It's tragic really that at other venues in the City these identical paving stones will be appearing like some kind of franchised fast-food chain anywhere there was a venue. 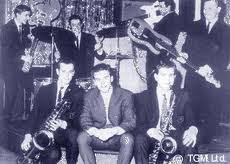 Uninspired, uninformed and combined with a lack of respect or pride in the City's own musicians, this venture has left a gaping hole in the musical history of Birmingham with the Mayor leading the shabby parade of commercialism.  That local history is as important to Brummies of that era as that of the touring acts like The Beatles. I think that they have missed a great opportunity to highlight some of the greatest Brummie bands of the 60's, the music generation. They announced the first star on the Walk of Fame will be Toyah Wilcox - a huge talking point in the boozer after the event.  There's no reason why she shouldn't have a Star there but her start was at The Hare and Hounds not The Ritz.  The obvious choice for the First star on the walk of fame should have gone to The Modernaires rather than just a mention on the wall plaque as being the resident band. They weren't the greatest band in the world, they didn't have any chart success but they were the kings of The Ritz and played every style of music every week.  It is fitting to remember, from a social history aspect, that these places were dance halls, not places like today where you go just to watch a band perform.   The Modernaires, along with other great Brummie bands, supplied the music for the girls to dance to and at the end of the night provided the background music to a million Brummie romances formed at The Ritz.

The Council couldn't have sought any specialist advice about this significant part of Birminghams' own music history because even a dope would have known how important it was to include those local acts, some of whom became members of much more internationally famous bands and whose early roots are sought out, by many, to visit.

A whole string of homogeneous Walks of Fame is projected for the City,
It's already been used to entice even more people to the bars of Broad Street and now a cheaper version is heading for somewhere near you.

Anyway Mr Mayor and Kings Heath, thanks for absolutely nothing.   What a wasted opportunity, I shall probably never Pawn my watch at Cash Converters again.

Bob.
(If you missed the article about The Modernaires in The Sunday Mercury in April click here:  http://www.sundaymercury.net/news/midlands-news/2012/04/08/video-the-modernaires-unearth-live-recording-50-years-after-being-snapped-up-by-elvis-presley-s-record-label-66331-30719649/)

PAUL CARTER, THE BRUMBEATS.
MY DEATH HAS BEEN GREATLY EXAGGERATED! 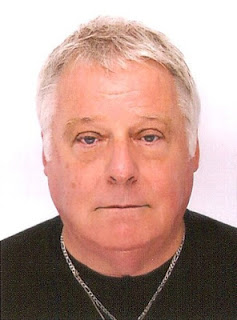 Graham Ashford, Brummie abroad and ex-vocalist of The Brumbeats had informed me two or three months ago that he was now the sole survivor of that group.   You can imagine his surprise then to find that saxophonist Paul Carter is still alive and kicking!!   Not only that but Paul is still blowing his sax and is yet another Brummie abroad as he is based on the Cape in South Africa but also works in the UK for spells.   He probably didn't know that Johnny Neal also has a place on the Cape too!   Anyway Paul, welcome back to the land of the almost living!!

BULLS HEAD BOB REVIEWS:
DI MARZIO TELECASTER PICK UPS
Some of you who follow this blog will know that I bought for myself a Squier Telecaster Classic Vibe two years ago as a spare guitar.   The guitar itself is well constructed and is a joy to play because of it's nice neck and also it's pine body is really light.

There is always a bit of a given thing with this type of budget guitar though and that is the electrics are generally inferior and mine was no exception to that rule.   On my recommendation, a friend, Mick the Plumber, bought the same model of Squier Classic Vibe Telecaster that I did and, unsurprisingly, suffered exactly the same sort of electrics problems as I experienced.   The pick up selector switch on mine stopped functioning correctly after a week or so and I was left with only the neck pick-up working, his lasted another couple of months before doing the same thing.  I am realistic though and really didn't expect too much from a cheap guitar so had the switch re-soldered which fixed the glitch.  It came as a disappointment to Mick though, who was on a tighter budget, to find that his guitar had stopped working after such a short time. 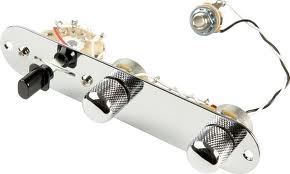 He said to me that he was going to upgrade his guitar and buy a Gibson 335, he had seen advertised locally, as his first serious guitar, but at 1300 pounds he soon started to have second thoughts.  He liked the feel of his current guitar and was keen to retain the Tele sound but also liked the dirtier sound of a Gibson too.   After a couple of weeks of checking out other guitar models and getting nowhere fast, I suggested that he could simply update the electrics.  His face came over all scary looking, "You're joking" he said "I can't do soldering and stuff and it would cost a lot to have someone fit them for me".   I said why not get a set of DiMarzio Area Telecaster pick ups and control panel because it comes as a 'solderless' set at around 200 pounds.   A pretty pricey update? well for a guitar that cost about the same as the DiMarzios themselves to buy, not really, when you consider that to buy a standard USA Telecaster would still cost you more than the total cost of Squier Classic Vibe guitar plus DiMarzio update.   I said that I'd fit them for him and he duly ordered them from a guitar shop on-line.

The fitting was pretty simple and the pick ups were installed in a trice.
However, the outside diameter size of the supplied guitar input is larger than the standard Fender input and unfortunately there was no 'input jack securing nut' included in this particular kit which meant we had to abandon listening to the guitar till the next day after cobbling something together.   I have to say how disappointing that was.   An e mail to the DiMarzio customer support got a reply the day after though and the missing part was in the mail straight away. So full marks to them for their excellent customer relations,
quite a rarity these days, ever tried to contact Fender??!!! 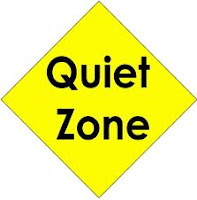 With the input jack nut mounted we plugged in and I have to say that immediately, the sound that came out of the amp was, quite frankly, mind blowing compared to how it sounded before.  The warmth of the neck pick-up, individually, made me smile. Not only was it immediately 300 per cent better than before, but I swear that the sound of the DiMarzios are far better than Fender Custom Shop pick ups.  Also a great plus was that there was no discernible pick up noise.

The bridge pick up is amazingly good and ripped through the clean air creating a bluesy, dirty noise more associated with a Gibson.  This pick up is highly sensitive though and will require some fiddling about with height adjustment to get the perfect sound you want, dropping the height to mid-way up the bridge plate will give you a punchy and authentic Telecaster treble sound but the more you raise it the dirtier the sound becomes.   It was also delightful to now have a tone control that actually made some difference when rotated!!  Mick was sat beside me as I readjusted the bridge and intonation, beaming from ear to ear, and after having blasted away for a few minutes I felt a little reticent about handing over the guitar to him because for the first time it was delivering some real heat and I wanted to continue playing it myself.

Mick is now a very happy man but the problem is that I now want to do the same upgrade myself, I best start saving up my pennies.

Small glitch apart, I strongly recommend the Di Marzio AREA Telecaster solderless pick-up set to anyone wanting to upgrade a cheaper model Telecaster.  They make the world of difference!!

AND FINALLY......MORE PLAQUES?
Maybe they're going to start putting pavement stars outside Brummie peoples houses next? Blimey, that could cause problems, one that springs to mind is The Move's Trevor "Embarrassed to be a Brummie" Burton.  He used to live in a back to back house so perhaps they would have to insert a star up his passage?  That'd take the sneer off his face.


They could suspend Roy Wood's paving stone in mid-air at a level with his parents fourth storey flat and re-name the flats 'Plaqueberry Way'.


Enough of all this,
Cheers