GREAT NEWS. I've heard today that 60 is the new 30! So that phrase "If only I was a few years younger" seems to have come true - now then, where's Penelope Cruz's phone number?, damn it, If only I could remember where I'd left the phone book... or the car, my glasses, the cat. What was that girls name again??

THE LIST
Thanks to all you folk for your correspondence regarding the eligibility criteria for inclusion on the 'Hallowed List" of BRUMBEAT bands.........well John and I have shared our thoughts but have reached no final decision so, the argument goes on.

BEWARE!! This Man is after you!! 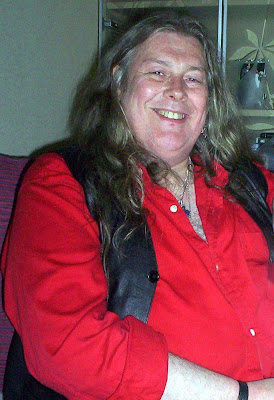 If your answer is yes to the above then avid Brumbeat expert Chris Smith, who is a regular at all Brumbeat concerts is interested in hearing from you. For the past 18 months he has been studiously working on a book which he jokingly refers to as War and Peace Vols 1 and 2 - but has the tentative title of 'BRUMBEAT and BEYOND 1960-75' which catalogues (or catalogs for our American friends) all recorded and released music by Midlands bands during that period of time.

Chris informs me he has just got his hands on The Rockin' Modernairs 7" single, "The Woodchoppers Ball" released in 1960 that he is extremely proud to have found, as it was a private pressing ......... I'm sure, like Chris is, that there are some of you guys hiding your murky past inside a shoebox in the attic, including a 7"single that you recorded but nobody has heard of or, like the above, was made as a private pressing - well now your moment to get some recognition has arrived. Chris can be contacted at: smithc711@aol.com .

The true BRUMBEAT period itself had disappeared by 1970 so this is the chance for all you late comers and those who reside outside of the confines of the City Limits to get in on the act. Keep at it Chris.........now I think I've got a Bulls Head Bob single somewhere "You Give me the Horn" b/w ''Your ego becomes you, now you have no Hair" - definite masterpiece! I also see from the picture that Chris is interested in herb gardening, no wonder he's smiling!!

CHUCK BOTFIELD. Well, fresh faced youngster Chuck Botfield has reached a remarkable landmark. The Rockin' Berries guitarist (and his beer crate) have just celebrated 50 years in the biz without a break. Not a single line on his face either, just how does he do it?.........great news mate and many congratulations from us here at BRUMBEAT Towers. 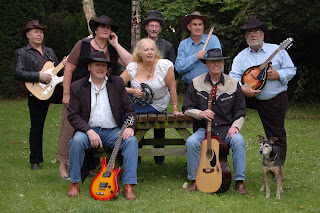 Brummie band PENNY SHORT, "Kinda Country if yer get ma drift" but with some BRUMBEAT connections via Bob Styler, raise much money for charity and have on sale right now a CD with all profits going to sponsor 17 year old Jordanne Whilley from Halesowen, a wheelchair tennis Paralympian for the upcoming 2012 Olympics. Not only that, they are also donating all of their booking fees up until that time!! Well, its time to look after your own, you guys out there, so dip your hands in your pocket and buy a copy now if you like C&W or just give her some sponsorship dough, or if you're a promoter give the guys a gig or two.........visit Penny Short's website for more details and keep your eyes peeled for upcoming gigs, then go along to help raise some much needed cash. http://www.pennyshort.co.uk/ . Their photo shows that already they may have sponsorship interest from a hat shop? 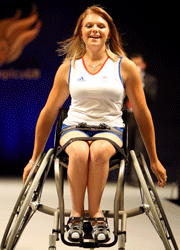 BLACK SABBATH. There's 'trouble at mill' in the Sabbath fraternity with Ozzy suing the Left Hander over copyright issues. Times must be getting hard??

AND FINALLY...... The Gang of Four at the pub raised our glasses to a great hero of our time, Doctor Robert Furchgott - who's that you say? well he was the co-inventor of Viagra and at the great age of 92 the said Doctor passed away in May. Brings a different meaning to "Everyday I have the Blues"

Myself, Mrs Bob and the Boblettes have packed our bags for the summer hols. So adieu until my return from the sunny shores of Skeggy - Ahh, its so bracing. Are we there yet?