June - Back to the Bullocks

JUNE - BACK TO THE BULLOCKS


Aah, Flaming June hath arrived. My Darling wife Lucy, the Maharishi of Mirth has decided that, as it's that time of year when I should be lying outside in the sun, it would be the perfect opportunity to do some home building projects. "Start on that new kitchen" she says I've been promising to install. "But my little stocking top" said I thinking quickly "what about the sproglets holidays by the sea?" - now I'm not saying I'm devious in any way but the prospect of spending a couple of days sawing and bashing things with large hammers crushing my artistic fingers was immediately replaced by a stroke of genius. I sensed I had a hit a winner when her face illuminated and she praised me for being so considerate, "Always thinking of others" said she, now gently massaging my temples whilst mentally picturing the smiles on the sproglets faces, "Just for that, I'll make you your favourite meal for dinner tonight". "Yes Siree Bob, you haven't lost it son" 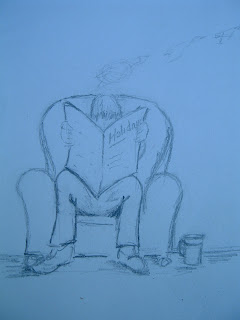 Retiring to the living room to watch the mighty Villa on the TV, the thought of how much it would cost me to take them away suddenly became an issue too. I sat tapping away at my calculator for hotel accommodation,meals,petrol, drinks etc, etc until I found that there were'nt enough digits available on the screen to cope with the mounting costs. "Well, stuff me" I thought, "At one time, I could have a bought a whole street in Sparkhill for that amount". Suddenly the thought of fitting a new kitchen became more attractive. I decided that I would talk about it with 'her highness' tomorrow or at least till after dinner!


On occasion fate takes a hand to resolve simmering issues and on this particular occasion it arrived in the form of a telephone call from the Dragons lair - or to give it it's latin name, from the cave of Motherinlawus Horribilis. 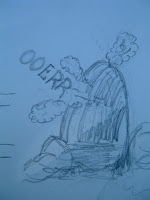 It appears that she is experiencing what she calls a 'floating sensation' and needs the attention of her offspring. "I'll have to go over there in the morning but never mind" said her highness. "I'll get your armour ready" I thought. Then she dropped the bomb, "Its a shame really because the Sproglets (Lou and Ann) will be dropped off here in the morning, you can take them to the sea like you said"............!! My wallet started trembling in my back pocket.

"We are going to the Isle of Diy" I said "Wheres that?, never heard of it" came the reply in unison. "Its a secret place, like in Harry Potter" said I. A few minutes later we were in the car driving through the Brum metropolis singing the words to 'Summer Holiday', we barely had time to finish the first verse when I said "Right guys, we're here" as the car pulled into Arbuthnotts DIY Store and Builders Merchants. We quickly walked around to the back of the store building and, after having said the magic phrase "Travel through time to the Isle of Diy" then turned around twice with our eyes closed, we entered through the small gate into the deserted builders yard - mountains of sand, piles of stones and gravel - "We're here, Oh what a shame" I said "The tide has gone out, never mind though look at all that sand - just right for a sand castle competition!" - a suggestion, thats all it took for the two sproglets to leap onto the pile and start their demolishing job. "I'm going for ice creams - back in a minute". "Hooray - we love Bob, we love Bob" said the sandy duo. I had time to casually roam around the " Aisles of DIY" looking at flat pack kitchens and attachments at my leisure. Half an hour later whilst purchasing ice creams from the check-out counter I noticed some Garden Twine on a display stand, "Just the thing I need to 'tie in' some herbs to supporting stakes'. 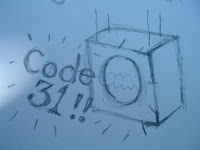 Having paid, I scampered out the door to the back of the building just in time to see the store security man heading towards 'the beach', I managed to get there before him. "We've gotta run Sproglets, the tides coming in", I would have met with resistance normally but the sight of the ice creams was a bigger lure and we left for the car park. "So then, did you enjoy going to Blackpool?" I asked as we pulled away, using a bit of suggestive psychology. "It was great, it was great, we've been to Blackpool, we've been to Blackpool" I knew that they would say they'd been there when questioned about their day and I would be in the clear.

With the Sproglets having a nap after their day at the 'magic' Isle of Diy, I got the Garden Twine and looked at the packaging ....... 'Made in China'......... Aah, good old Blighty, the Midlands, the heart of British Industry and Manufacturing - You can't buy a soddin' thing that's made in the country anymore.

Now I know that one of the oldest and greatest civilisations is Chinese and they have much wise knowledge to impart to us thick Brummies and I also know that 'Necessity is the mother of invention' as the saying goes...... I would have loved to have been in China with the bloke whose 'necessity' provoked the idea of what other application could be used for this green twine.......... 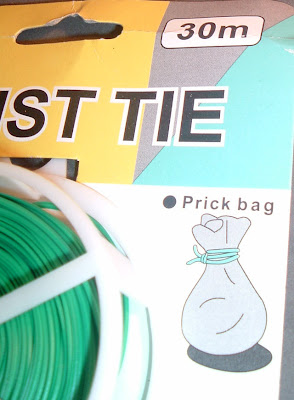 Not much use to me of course but I know a Scotsman who could use one of those!

The smell of sulphur announced Lucy's return where she found the sand covered, sleeping sproglets tucked up in bed in the spare room, "Been to Blackpool" I whispered "They're tired out". "Oh Bob you're such a wonderful man - forget about that kitchen thingy, I'm going to fix us a drink and slip into something more comfortable". In my mind the closing 24 bars of the 1812 Symphony rang out loud. "Lucy I'm thinking about buying a new guitar" .........................

I am sure that every Brummie football supporter shed a small tear for West Brom as they came second in the Premier League play off against Derby at Wembley. Hard luck guys, it would have been great to have had all three Birmingham clubs battling it out in the same league again, coming third of course behind the mighty Villa and the 'other' team. 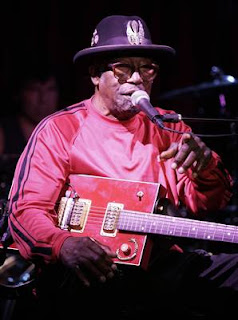 Alongside Chuck Berry, Bo Diddley was responsible for putting the beat into Brumbeat. His famous Bo Diddley rythmn has been copied by everyone in some form or other from Buddy Holly through to Springsteen and Oasis and even now is still heavily used, so it was sad news that 78 year old Rock Legend, Bo Diddley suffered a stroke whilst performing on stage in the USA. He has recently been moved from intensive care but may not perform again. Reportedly, his first comments when he came out of unconsciousness were to ask where the money from the gig was!!

AMP OF THE MONTH

What a corker! This tiny little 4 watt amp is simply gorgeous. It is unusual to find a starter amp that has had so much effort put into its design and build. 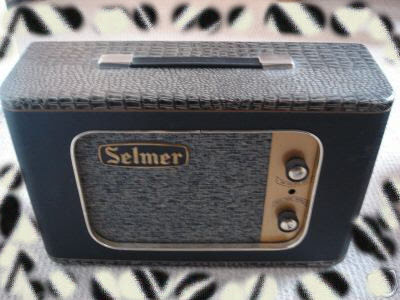 I used to look in the Selmer catalogue and wish I could have one of these when I first started playing (albeit the red and white earlier model). It is a beautifully constructed amplifier and it was appropriately named 'Little Giant' because it gave a good sound for what was essentially a 'parlour amplifier'. I had to settle for a Radio Spares equivalent and although mine was louder and had a tremelo footswitch, I simply loved the look of this well designed and manufactured little beauty.


SIX OF THE BEST.

Coming in July - the unique and great Megan Davies of The Applejacks talks about her choice of guitars throughout her playing career.


OK, until next month


Contributions and comments to
bobsbullocks@gmail